the white rose that stood up to Nazism 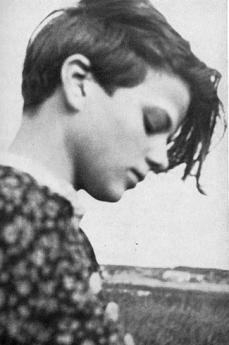 Sophie Scholl was born on 9 May 1921 in Forchtenberg, Germany, where her father was the mayor. In 1932 her family moved to Ulm where her father set himself up as a tax advisor. When Sophie was 12, she was forced to join the Hitlerjugend. She was very close to her older brother Hans: in 1937, when he was arrested by the Nazis on suspicion of belonging to underground movements, Sophie suffered greatly and his arrest further reinforced her own opposition to the Nazi regime. A talented painter, she moved in anti-Nazi artistic and literary circles. In the spring of 1940 she took her high school diploma and found a job as a kindergarten teacher at the Frobel Institute in Ulm-Soflingen. She hoped that this position would avoid her having to do compulsory work imposed on anyone wishing to attend university but, considering her experience with children, she was anyway obliged to work as an auxiliary for six months in a State institute in Blumberg. It was not until May 1942 that she finally managed to enroll in the University of Munich, where her brother was studying medicine. There she joined his group of friends.

In Munich, Sophie met other dissidents who encouraged her to reflect on her religious faith and on the behaviour expected of a Christian living under a totalitarian regime.

In 1942 her father was jailed for publicly criticizing Hitler. In the same year Sophie became a member of the “White Rose”, a group of anti-Nazi university students. She wrote and distributed leaflets inciting people to take a non-violent stand against the Third Reich. On 18 February 1943 she was arrested with her brother while they were distributing the group’s last leaflet. On 22 February she was tried by the Court presided over by the Reich’s notorious judge Roland Freisler. Found guilty of treason, she was guillotined the same day in the courtyard of Munich’s Stadelheim prison, along with Hans and their friend Cristoph Probst.
As White Rose survivor Franz Joseph Muller recalled: “the Gestapo tortured Sophie Scholl for four days, from 18 to 21 February 1943. Sophie Scholl was the strongest member of the Weisse Rose, the most determined, the most sincere and the most active". The prison chaplain who saw her just before her execution testified that she was fearless and calm. The Gestapo chief in charge of her interrogation finally asked her: “Miss Scholl, do you not regret, do you not abhor your actions and do you not feel guilty for distributing these papers and helping the Resistance, while our soldiers were fighting in Stalingrad? Have you no regrets about this?” to which she replied: “No, on the contrary! I believe I did the best thing for my countrymen and for people everywhere. I do not regret anything and I accept my sentence!”

The anti-Nazi group of university students known as The White Rose (Die Weisse Rose) was active in Munich for approximately one year between 1942 and 1943, until the arrest, sentence and immediate decapitation of its leaders. The original core of the "White Rose" included the siblings Sophie and Hans Scholl, Christoph Probst, Alexander Schmorell and Willi Graf. Later they were joined by professor Kurt Huber, a musicologist and philosophy lecturer, who wrote the last two of the six leaflets distributed by the group. In these few but impassioned papers, these young people exhorted the Germans to reject Hitler’s dictatorial policies by disobeying the laws of the Reich and re-affirming the principles of tolerance and justice. Approximately a hundred copies of the first “White Rose’s” leaflets were sent out to intellectuals and teachers, left in public places and thrown into trams at night. The last two were distributed clandestinely in the most crowded spaces of Munich University by the younger members of the group who fearlessly shouted anti-Nazi slogans and daubed them on the walls of the university. Precisely during the distribution of the last leaflet, Sophie went up to the second floor to throw the leaflets down from the balustrade so that they would fall amongst the students thronging the entrance hall. Recognized by a caretaker, who was a member of the Nazi party, she was arrested along with her brother. Shortly afterwards, the same fate attended the other members of the group. The story of Sophie Scholl and Die Weisse Rose is told in the film La Rosa Bianca - Sophie Scholl by Marc Rothemund (2005).

review and trailer of the movie Sophie Scholl - the last days by M. Rothemund

Since 12 April 2011, a tree and a stone have been dedicated to Sophie Scholl at the Garden of the Righteous Worldwide in Milan.