faking the documents he saved several jews by the deportation 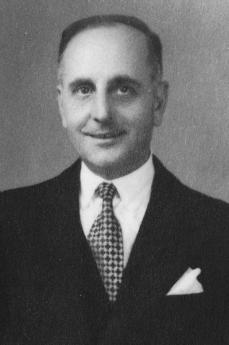 Giacomo Bassi was born on 18 March 1896 in Gottro, in the Italian province of Como. He gained a surveyor’s diploma from high school and during the First World War he served on the Tridentine front as an infantry officer. In 1927, he graduated in pharmacology and subsequently also graduated as a vet. While still studying he won a local administration competition and became town clerk. He worked in a consortium of local town councils, including Canegrate, and began working at S. Giorgio su Legnano. Thanks to Bassi’s intervention, the whole Contente family – made up of Israel, his wife Paola and their three children – were saved from deportation.

In 1943 Paola Contente and her son Nissim appeared at Bassi’s office, asking for help. The Contente family had been evacuated from Milan to Canegrate and, on hearing about the tragic massacre of Jews in Meina on Lake Maggiore, they had tried to cross the border into Switzerland but had been sent back by the authorities. Resigned, Israel and Paola with their three children could do nothing but return to Canegrate. A few days later, however, Paola decided to beg the town clerk, Dr. Giacomo Bassi for help.

“Everyone said what a good man he was and that he had helped a lot of people. We went to see him. He helped us. He gave us some blank documents and in this way we changed our identities …” (Nissim Contente)

Bassi gave them the name of a stamp manufacturer in Milan who could put the stamp of a Sicilian town on their identity cards; he told them that as refugees from Sicily he would be able to find them lodgings in the classrooms of the primary school in S. Giorgio su Legnano. Now under their false name of De Martino, the family lived in S. Giorgio su Legnano for fifteen months, supported by Bassi who provided them with ration cards and frequently went to see them to make sure they were receiving enough to eat.

Giacomo Bassi died on 18 August 1968 in Gottro.
On 6 September 1998 Bassi’s children – who knew nothing of their father’s deeds – were invited to Israel where the Yad Vashem memorial posthumously nominated Giacomo Bassi Righteous among the Nations.

At the initiative of the Senza Confini [without borders] association, on 23 May 2010, Seveso Town Council named the Giardino dei Gelsi [Mulberry Garden] in via Verona after Giacomo Bassi.