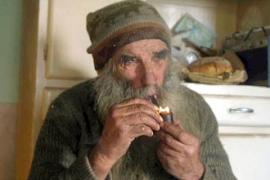 Attilio Francesetti was born in Ceres, in the valley of Lanzo. After the racial laws came into force the inhabitants of this area welcomed and hid many Jews who tried to escape persecution. Attilio was only 18 and used to cross the French border at night to smuggle rice and salt. This is why he had come to know every corner of the mountains. He often reached the “Currà” hotel in Ceres whose owner hid some persecuted people who needed to reach France. Attilio didn’t hesitate to put his own life at risk to help them cross the border with the help of a friend, by leading them through difficult and unknown paths. At least one hundred people owe their lives to Attilio. In 2010 Attilio Francesetti died at age 84 in Ceres. In 2006 the Jewish Community of Turin bestowed him a certificate of his merits by inviting him to Villa Genero for the dedication of a street to the Righteous of Pedemont and Val d’Aosta, but the man never left his mountains after the war. The wonderful generousity of the inhabitants of this valley was made known by one of the rescued, Laura Colombo from Turin, a retired primary school teacher.

The article in Italian bearing testimony of the deadly risks run by Attilio Francesetti while helping the Jews cross the Alps.