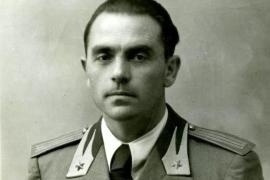 The story follows of how Nella Molinari and Luigi Cortile rescued many families. Such story is told by Elena Colonna, belonging to one of the families they saved, who was a child back then.

In October 1943, my family, a Jewish family of ten, and the Ghedalia family, a family of five, started to be saved from Nazi persecution as a woman, Nella Molinari, and a Marshal of Italian Finance Police from Clivio (Varese), Luigi Cortile, helped them flee to Switzerland.

Mrs. Molinari, for security reasons, helped us flee three at a time, always on a Monday (it was the day when the marshal was free from his military duties): crossing of the Swiss border continued for five weeks. We spent part of the night at Molinari’s house, then, before dawn, Mrs. Molinari accompanied us for a while to the nearby border and we met the marshal (whose name and rank were unknown to us at the time), who let us pass under the fence, giving us instructions on how to reach the first Swiss village.

I am sure, even if I do not know their names, that many other people, including some Jews and even Italian soldiers who did not want to join the Republic of Salò, were saved by Nella Molinari and Luigi Cortile. Unfortunately the Marshal was discovered and arrested and died in Mauthausen, paying his generous humanity with his life. Nella Molinari was also arrested and beaten; fortunately she was released later. She was pregnant with her third child, Alberto. A gold medal was awarded to Marshal Cortile and Guardia di Finanza barracks in Gallarate bear his name. A book was also published about him, by Guardia di Finanza, and a small monument was erected in his memory in Clivio, Varese.

The spouses received the Righteous Among the Nations medal from Yad Vashem in 2022.