she helped the Jews by forging baptism certificates 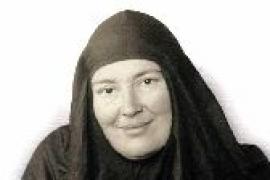 Elizaveta Pilenko was born in 1891 in St. Petersburg into an aristocratic family; her home was frequented by the finest men and women of letters of the time, and Elizaveta became the friend of the great poet Alexander Blok. After her first marriage, which lasted just three years and gave her one daughter, Elizaveta Pilenko married Daniil Skobcov, with whom she had two other children, Yuri and Anastasia. With the war and the revolution she became an activist in the Socialist Revolutionaries’ Party, which led her to become the mayor of the little town of Anapa (the first woman in the history of Russia to take on such a role).
Forced to emigrate in 1920 by the definitive victory of the Bolsheviks, Elisaveta moved to Paris. She went through a very troubled period which culminated in the death from meningitis of her little girl Anastasia in 1926. It was precisely the tragic loss of her daughter that led her to discover a much more profound dimension to motherhood and a yearning to become “mother to everyone”. She thus decided to offer her services to the Russian Christian Students’ Movement, whose secretary she became in 1930. Her unbridled passion for mankind led her to seek out new sons and daughters wherever suffering was most extreme and desperate: the unemployed, the marginalized and the mentally ill became her family.
In 1932 Elizaveta obtained her religious divorce and she took orders, becoming mother Maria. She herself explained that it was not the search for sacrifice that moved her, but her love of what constitutes truth in the world, as she wrote after her daughter’s death: “No, death, I did not love you. / But what is most alive in the world: eternity. / And what is most mortal in the world: living”.
On 27 September 1935 mother Maria (along with other great Russian intellectuals in exile, such as Nikolai Berdjaev and Sergei Bulgakov) formed “Orthodox action”, whose activities ranged from organizing conferences to offering a job or a bowl of soup to the most humble of tramps.
With the war, the Nazis and their anti-Semitic folly came to Paris. For the Christians of “Orthodox action” it was entirely natural to counteract the lies of racial persecution with “the mystery of authentic human communion, which is rooted in the communion of the Trinity”; thus they tried to help the Jews in any way they could, providing them with shelter, papers and, above all, forged baptism certificates. Repression was just around the corner: among others, mother Maria, her son Yuri and the spiritual assistant father Dimitri Klepinin were arrested. They were all to die in the death camps.
Mother Maria died in Ravensbrück concentration camp on 31 March 1945: the day before, Easter Friday, she had offered to take the place of another woman selected for the gas chamber.
The patriarch of Constantinople canonized her on 16 January 2004.