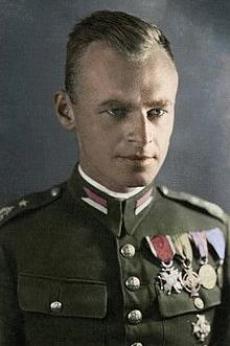 Witold Pilecki, a talented soldier of the Polish Army, was interned in Auschwitz to witness the horror, but was executed by the Soviets on the basis of a false accusation of collaboration with the Germans.

Pilecki, considered a hero in Poland, was a landowner with enlightened ideas, who sacrificed family serenity and economic well-being to fight the Bolsheviks in the years 1918-1921 and the Nazis during the Second World War.

On September 19, 1940, during a roundup in Zoliborz, he was captured with the name of Tomasz Serafinski, prisoner n. 4859. He led the resistance inside the camp, monitored the German radio frequencies and kept in contact with the command of the Polish underground army in Warsaw, to which he sent a detailed report of the Nazi atrocities.

At the end of the world war the Soviet army settled firmly in Poland. Pilecki actively participated in the resistance against this second occupation. Then his Auschwitz memoirs also became an antidote to the falsehoods that the communist regime was spreading about the Shoah and the Resistance. For this he was persecuted by the Soviets, who imprisoned him, tortured him barbarously, sentenced him to death in a sham trial and finally shot him on May 25, 1948, then buried his body in a secret place.

Witold Pilecki is honoured in the Garden of Warsaw.