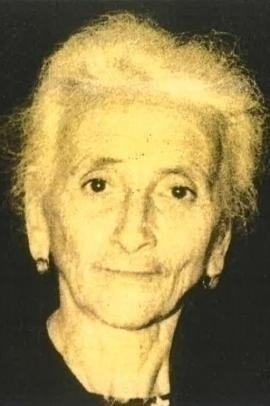 Maria Bertolini was born in Giandeto di Casina, November 25, 1900. After obtaining the master's degree in 1918, she began teaching in various elementary schools of the Reggio Apennines, including that of Costabona of Villa Minozzo. Here she met and married Prospero Fioroni and settled permanently. Her educational work did not end in the only hours of the day, providing in fact the establishment of a popular and free course for adults.

During the Second World War, in 1941, her husband died on the Greek front. Maria thus found herself managing the large family, consisting of no less than six male children, with only the help of her elderly mother-in-law, Dina.

The last two years of the war were the most dramatic. The house of the teacher soon became an important strategic place from the military point of view, and welcomed an English command that made it its base. For all the English officers, Maria became the "Italian mother of the house on the mountain". "In the old house of Costabona", wrote Edward Fry - one of the English agents who worked closely with the partisan formations behind the Nazi-Fascist lines -, "we were received by a real Italian mother, Mrs. Maria Bartolini, widow Fioroni, of small stature but with a big heart and courage that only a few people have".

Animated by a profound Christian faith, during wartime she hosted numerous fugitives of every political creed: fascists, wounded or hungry partisans and Jews. In fact, to escape capture, the Jewish family of professor Lazzaro Padoa, coming from Scandiano, found refuge in the old house on the mountain. Despite the danger that he ran into giving hospitality to Jews, Maria acted to save the Padoa family. "That good woman from Costabona, Maria Fioroni", testified Professor Lazzaro, "has never turned away, has never made compromises dictated by time or need. A force of nature. Tempered steel in a bath of sweetness". Maria died on April 28, 1987.