a Tunisian Arab who saved Jewish lives during the Holocaust 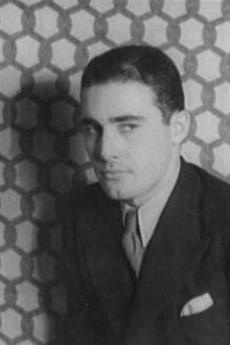 After Hitler had conquered France, Jews living in the French colonial territories, such as Morocco and Algeria suffered the consequences of the anti-Semitic laws imposed by the Vichy government, but their lives were not at risk. In Tunisia, however, occupied by German and Italian troops in November 1942, "racial laws" were soon enforced that obliged Jews to wear yellow stars and Jewish assets to be confiscated. Before British troops freed Tunisia six months later, the Nazis sent 5,000 Jews to forced labour camps, where, according to Yad Vashem, at least 46 of them died. Some 160 Tunisian Jews were deported to the extermination camps in Europe.

Among the first to fall foul of Nazi persecution were Jakob Boukris, a rich manufacturer of household appliances, his wife Odette and their 11-year-old daughter Anny. The German troops gave them just one hour to pack up and leave their spacious home in the coastal town of Mahdia, which was then turned into barracks and looted of all its valuables. The family and two dozen Jews found shelter in a nearby oil plant, but a few days later another visitor suddenly made a midnight appearance there. It was Khaled Abdul Wahab, the charming 32-year-old son of Tunisia's most eminent historian, who warned them that they had to leave instantly. The young man was acting as an intermediary between the local population and the Nazi occupiers and used this position to ingratiate himself with the Germans. He used the same tactics adopted by Oskar Schindler in Poland, frequently offering the Nazi officials dinners and endless bouts of drinking. The Germans had organized a ring of prostitutes with various local women, and also German girls. One evening, a drunken officer revealed that he had discovered a particularly attractive Jewish woman and was planning to rape her the following night. The designated victim, as Abdul Wahab had immediately realized, was Odette Boukris. Between midnight and sunrise the next day, Abdul Wahab led the Boukris family and the other Jews to the oil press on his isolated farmhouse, hid them there and fed the large group until the Germans were routed by the British four months later. He died in 1997 at the age of 86. Officially his family only remembered his having rescued a young German soldier whose aircraft had been shot down by the British.

Khaled Abdul Wahab was the first Arab to receive the Yad Vashem title of Righteous among the Nations, following Satloff's research published in his book Among the Righteous. In 2009 a tree was dedicated to him both in the "Adas Israel Garden of the Righteous" in Washington and in the "Garden of the Righteous Worldwide " in Milan, with a ceremony in the presence of his daughter Faiza.