In what historians believe was the first genocide of the twentieth century, there were at least 65,000 victims, killed in battle, executed, starved to death in the desert or died of exhaustion in the labor camps.

On this occasion, in fact, the German troops built labor and concentration camps, with miserable living conditions: in Swakopmund, where mainly women and children were imprisoned and used to unload the ships docked in the port, and on the island of inaccessible Shark Island, whose purpose was not to collect the slaves, but to permanently eliminate the prisoners.

Men and women were transported by cattle wagons called "transports" to remote destinations, where they were systematically exterminated.

Over the years, we have followed the long process of the genocide recognizing by Germany, which led to the 2021 reconciliation agreement. 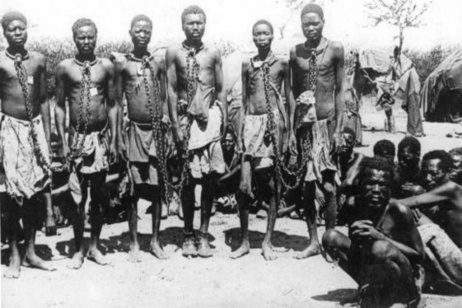 "I am pleased and grateful that we have been able to reach an agreement with Namibia on how to deal together with the darkest chapter of our common history," German Foreign Minister Heiko Maas said on Friday. In a joint statement, which is the result of more than six years of negotiations, Germany recognizes what happened in the then Southwest African colony between 1904 and 1908 as genocide, and pledges to pay 1.1 billion euros as a "gesture of recognition".