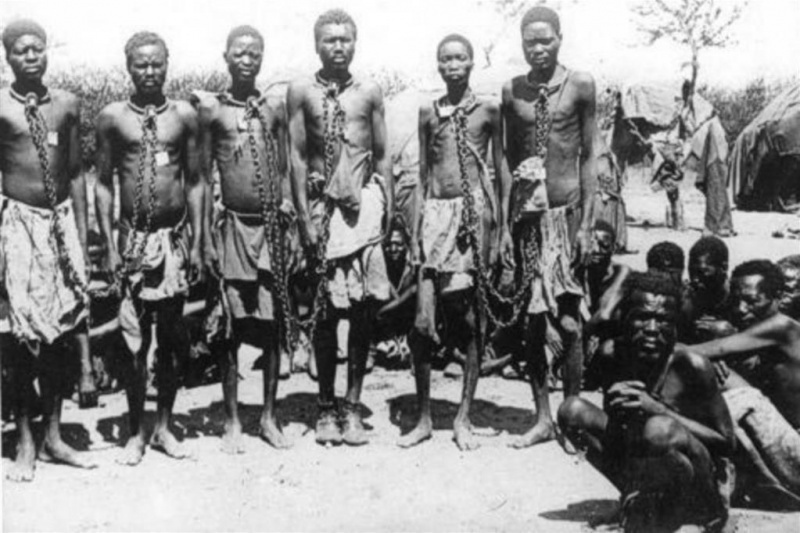 FROM STUTTGART - "I am pleased and grateful that we have been able to reach an agreement with Namibia on how to deal together with the darkest chapter of our common history," German Foreign Minister Heiko Maas said on Friday. In a joint statement, which is the result of more than six years of negotiations, Germany recognizes what happened in the then Southwest African colony between 1904 and 1908 as genocide, and pledges to pay 1.1 billion euros as a "gesture of recognition".

According to the agreement, the funds will be allocated to state aid for the next thirty years. A document to this effect has been signed provisionally by negotiators from both countries and should soon be ratified by their respective foreign ministers. Maas spoke of a "gesture of recognition of the immeasurable suffering inflicted on the victims", while the government in Berlin insists that no legal claim can derive from the recognition of genocide. Germany, with the agreement, intends to finance projects in areas such as agriculture, water supply, and vocational training through a fund for reconstruction and development, aimed at supporting primarily the Herero and Nama.

The formulation of the declaration is the product of a long journey and is the ultimate result of nine rounds of negotiations initiated since September 2015 and led by CDU politician Ruprecht Polenz and Namibian chief negotiator Zedekia Ngavirue. It is intended to emphasize how today, after the many frictions and mistakes of the past – also due to the German reluctance to face the crimes of its colonial past, – there is a renewed willingness of reconciliation of the two parties that may finally allow, more than one hundred and ten years after those events, a shared look at the past. The issue of compensation had been the main point of discussion: the two delegations had already reached an agreement on May 15, but it still had to be discussed by the respective governments.

According to Namibian media, it is also planned that Federal President Steinmeier will travel to Namibia later this year to make a formal request in parliament for an apology from the German side. Maas is also scheduled to travel to Windhoek to sign the declaration, according to reports to Deutsche Presse-Agentur by Namibian participants in the negotiations. Several times in the past years, the relatives of the Nama and Herero had unsuccessfully brought cases in the courts to force Germany to pay financial compensation, and there is still controversy. Criticism has also come from opposition parties. They complain that the agreements, given the funds allocated to the government, are to the disadvantage of the descendants of the Herero and Nama, who continue to ask for direct compensation to those affected.

On the German side, Maas reiterated the importance of the historic agreement: "It was, and continues to be, our goal to find a common path towards a real reconciliation in memory of the victims," said the SPD minister. "This requires us to make a commitment without reserves or hesitations to remembering the events of the German colonial period in what is now Namibia, and especially the atrocities of the period from 1904 to 1908. Henceforth we will officially call these events what they are from a contemporary perspective: a genocide."

Driven by an extreme existential need, the Herero rose up against the German Empire, in strong and aggressive expansion and animated by fierce nationalist and racist impulses. Under the ruthless leadership of General Lothar von Trotha, a force of about 15,000 soldiers quelled the rebellion of the natives in a few months. At the Battle of the Waterberg, the German commander surrounded and annihilated most of the Herero, forcing the survivors to remain trapped in the Omaheke Desert, to which thousands of them had fled. The refugees died of thirst. "The gasps of the dying and the cries of rage died away in the sublime silence of infinity," a German officer noted in his diary.

Later, von Trotha gave the extermination order: "Within the German borders every Herero, armed or unarmed, with or without cattle, will be killed. I will accept no more women and children; return them to their people or have them shot." About 65,000 of the 80,000 Herero and at least 10,000 of the 20,000 Nama were killed in that period, in a page of history still little known to the general public. Already in 2004, the German government had recognized its crimes, but excluding any financial compensation for the descendants of the victims. Concentration camps, racial studies, medical experiments and indiscriminate crimes on the civilian population, composed mainly of shepherds, anticipate the horror to come in European history. A genocide, this, which prefigures that of the Armenians of the following decade – In which, once again, was involved the German army – and the Shoah, inaugurating the page of infamy of the genocides of the twentieth century.