“Neither saints nor heroes, they addressed injustice by taking responsibility”

The notion of “Righteous” is taken from a passage of the Talmud, which states that “whoever saves a human life, saves the entire world”. This notion was first applied by the Yad Vashem in Jerusalem, in reference to those who saved Jews during the Nazi persecution in Europe.
Gariwo was born to extend this concept from the memory of the Shoah to that of all genocides and crimes against humanity.
The Righteous are neither saints nor heroes: they are ordinary people who, at some point in their lives, when faced with injustice and persecution, were able to come to the aid of those suffering courageously, cutting off a chain of evil through an unexpected action and an assumption of responsibility.
There will never be a comprehensive typology of those Righteous: across history and in every context, new figures always appear who can change the course of events through their conscience and judgment.

The Righteous save and welcome, bearing witness of their humanity by helping another human being. Telling their stories enables us to keep in mind that it is always possible to step in to defend fundamental human rights. For this reason, on the occasion of the European Day of the Righteous on March 6, we honor them in the Gardens of the Righteous.

The Encyclopedia of the Righteous

Since its inception, Gariwo has proposed a new culture of responsibility, tackling the memory of the Shoah and the genocides of the 20th century through the stories of the Righteous. These individuals - namely, those who saved lives in genocides, defended human dignity in dictatorships, tried to prevent the mechanisms of hatred that create the conditions for extreme drift - unequivocally demonstrate that choice is always possible.

Even a few Righteous can save hope and the future because they prove that human beings, even within their fragility, can be the arbiters of their destiny. Starting from extreme evil, we can thus convey an optimistic message: any situation can be overturned if every person takes responsibility, even if the results are not quantifiable or immediate.
Choice is an act of individual freedom that allows every human being to act as a barrier against evil. Hence, re-reading the stories of the Righteous shows the concrete foundations of hope, creating a virtuous path: while the memory of past genocides illuminates the present, a direct relationship with sufferance allows us to better understand what happened yesterday.
Yet, not forgetting is only the first part of "making memory". There is a higher form of redemption that enlivens memory, turning it into an instrument of responsibility: to act in the present to prevent the mechanisms of hatred and dehumanization of human beings from retaking place.

With such an approach, Gariwo promotes the exemplary figures who saved lives during the Holocaust and other genocides of the Twentieth Century, along with more contemporary figures who have worked to rescue migrants at sea or have done their best to protect people during terrorist attacks.

For this reason, we created an Encyclopedia of the Righteous. This encyclopedia is divided into sections, each of which addresses a genocide and a specific theme: the largest container of exemplary stories, it can serve as a moral and educational point of reference.
For Gariwo, the Encyclopedia of the Righteous is the culmination of more than ten years of research, made possible by the commitment of historians, academics, journalists, and collaborators who, together with us, have collected biographies and selected bibliographic and documentary sources, as well as reading and viewing suggestions. A starting point for study and research, the encyclopedia also offers a collection of positive figures that the general public can consult.

To the general indifference to the genocidal famine and the crimes perpetrated against the Ukrainian population, some chose to bear witness to those events, denouncing the horror unfolding right before their eyes.

Genocide of Roma and Sinti

During the so-called Porajmos (“Destruction”) in the years of WWII, some people saved lives, helped children, and helped prisoners escape.

In the country marked by Pol Pot regime, there was no shortage of figures who told the world what was happening or who, once they survived the Cambodian gulags, chose the path of forgiveness and memory.

Following the extermination of the Maya, some people fought for truth and justice, despite the threats and attacks.

Sorry, no section of the Encyclopedia of the Righteous matches the filters you have chosen.

Reflections on the Righteous

The Righteous and the prevention of genocides. Gariwo’s new challenge in the world

Through the narration of the Righteous and the enhancement of their stories, we want to teach society to prevent genocide and all forms of hatred that create the conditions for exclusion and dehumanization. The Righteous teach how to think and how to act. They represent a tremendous ethical example, one that is able to foster a mechanism of emulation in society. 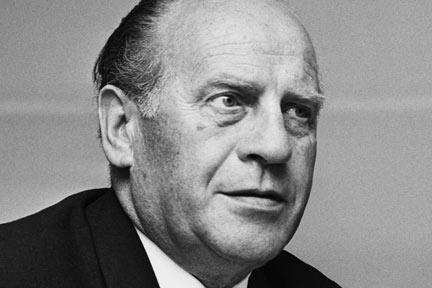 Do you want to submit an application to the Association for the Garden of the Righteous in Milan?

Please fill this form and send it to segreteria@gariwo.net
We will submit your application to the yearly assembly of the Association for the Garden of the Righteous in Milan.

Would you like to propose someone to be nominated as Righteous?

Please e-mail us at segreteria@gariwo.net, we will tell you what to do.