The Righteous in the Cambodian Genocide

The genocide in Cambodia took place between 1975 and 1979. The Khmer Rouge led by Pol Pot entered the capital Phnom Penh on April 17, 1975, establishing a communist regime and implementing the extermination that caused more than 1.500.000 deaths.

Driven by the desire to cleanse their country of the "enemies of the people", young peasants materially carried out the massacres. The "enemies of the people" were politicians, administrators of the previous regime, intellectuals, teachers, and all those who, in one way or another, were engaged in non-manual work. A criminal indoctrination plan by an elite of Stalinist-trained political leaders drove these actions.

Collecting the stories of the Righteous who opposed the Cambodian genocide is not easy: in Cambodian society, a collective removal of this tragedy occurred, affecting both victims and perpetrators. Over the years, however, we have told about two figures of courage who witnessed and documented the genocide, elaborating on forgiveness and reconciliation. One of these Righteous, Claire Ly, was honored at Milan's Garden of the Righteous Worldwide, from which she launched a message of hope and rebirth.

The Cambodian genocide testimony in Back from Hell

Vann Nath, the painter of the Khmer Rouge

A witness of the Cambodian genocide 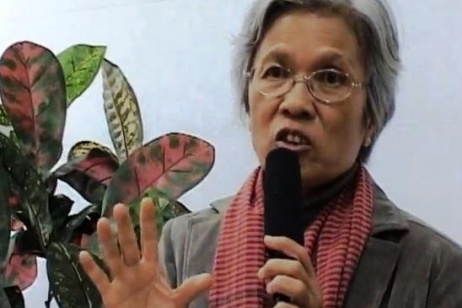 Genocide in Cambodia 41 years on

Claire Ly is an extraordinary witness to the genocide committed by the Khmer Rouges, to which she lost her father, husband and brothers. The author of fundamental books such as Retour de l'enfer and La mangrove, she is honoured inside the Garden of the Righteous of Milan. 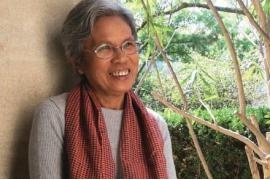 Justice and the Righteous

The witness to the Cambodian tragedy and theologian Claire Ly, who is honored with a tree in the Garden of the Righteous of Milan, explained what is justice and what it takes to be a Righteous in the Buddhist culture on 3 March at the Italian Chamber of Deputies within the celebrations of the second annual European Day of the Righteous. In French.