the Croatian oil baron who hid Jews in his factory, but was persecuted by Tito’s regime 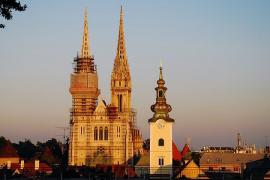 First hand account given by Ivan Sopianac to "L'Avvenire" on 13 February 1996, mentioned in the article "The Croatian Schindler in the Olympus of Heroes" by Roberto Festorazzi

Our front door was always open. At that time, we kids didn’t really understand what was going on, but our father was always providing refuge to the persecuted. I remember a certain Fischer, an engineer and former manager at the Sisak refineries, who stayed for a couple of months in our Zagreb villa in '42 or '43; he stayed for such a long time that we affectionately called him "uncle"…. Father used to put people up until he managed to get their papers ready. Their identity cards were probably forged in the Stenjevec psychiatric hospital, in Zagreb, where lots of people took shelter too…..
One day (after the war) my father was taken away by three armed men and disappeared for two days. They threatened to kill him if he failed to sign a piece of paper renouncing all his worldly goods. He refused ….. he went to Trieste, hoping that in the meantime the situation, in Zagreb, would return to normal. But that journey abroad was to last for more than twenty-five years.

From the text of the article:
"Franjo Sopianac, the Yugoslav oil magnate, has died, having lost his empire during the 'reign of Tito'. His story is similar to that of countless other capitalists ‘dethroned’ following the advent of communism. One detail, however, gives an unmistakable reach to the human story of a family that fell victim to grave injustice. Franjo Sopianac, charged in 1945 with collaborating with the German occupiers, and for this deprived of all his assets, was not a miserable Nazi. He was a hero. Today the unearthed memoirs of survivors of the Holocaust have revealed that the 'owner of the refineries' was a Croatian Schindler and that, thanks to his help, during World War II, numerous Jews were saved. His name has been judged worthy of the greatest honour and will be engraved in the wall in Jerusalem that commemorates the 'righteous among the nations' at Yad Vashem…..
(After the war) the only productive oil refining business in Yugoslavia was that of Franjo Sopianac. The communists’ success in the liberation movement led Tito to become the arbiter of national policy ….. Sopianac’s exile thus began in July 1945… the Zagreb court decreed that his refineries and all his family’s assets should be confiscated ….. in '48 Franjo Sopianac emigrated to Argentina. He died poor and far from home".