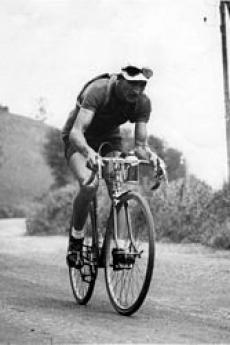 From the book dedicated to Giorgio Nissim, who helped set up the DELASEM rescue network

In 1939, following the introduction of anti-Semitic legislation, Giorgio Nissim became the leading spirit of an underground network set up to help foreign Jews passing through Italy: the DELASEM Delegation for the assistance of Jewish immigrants, which was to save the lives of over 800 Jews, between Pisa, Lucca and Livorno.
Undeterred by the liquidation of the Florentine committee, led by rabbi Nathan Cassato, at the hand of the Nazis in November 1943, Nissim continued to run the Jewish aid network, with the help of both religious and secular institutions: in fact, the Oblati fathers in Lucca and the Carthusian monks from the Farneta monastery opened their churches and convents in the Garfagnana and Lucca area to shelter those who needed to go underground. Meanwhile, the CLN in Lucca helped Nissim print the false identity papers that allowed hundreds of Jews to escape from Nazi-Fascist repression.
To distribute this material, Nissim was also able to count on a tightly knit network of friends and supporters, including the famous cyclist Gino Bartali, who hid the papers in the crossbar of his bicycle and proceeded to deliver them all over the Tuscan countryside, successfully evading inspection with the excuse that he was busy training.
In 2005, under the aegis of Regione Toscana, Giorgio Nissim’s memories were published by Carocci in Giorgio Nissim. Memories of a Tuscan Jew (1938-1948); the book was edited by the historian Liliana Picciotto, a researcher at the CDEC, and included further first-hand testimony.