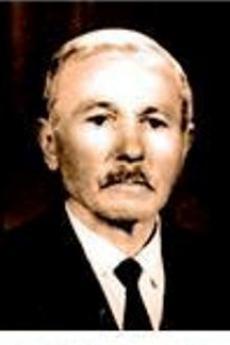 He did not perform extreme acts, he did not rescue hundreds lives, his endeavor was not fabulous. And yet, in perfect simplicity, Angelo Rizzini "Copèto" sheltered for one year and a half inside his home a Jewish woman and her adolescent son in full awareness that by doing this he endangered his whole family: his wife Caterina, their young daughters Maria, Lina and Lucia (their son Giovanni was at war). And this was probably known to the whole city of Magno, where they lived. The three hundreds inhabitants of the hamlet of Gardone had probably noticed the presence of that distinguished woman, officially “evacuated” from Bozen, who though rushed off to change into peasant dress when it was heard that the Germans were near. No one uttered a word.Emma Viterbi (this is her true name) and her son Paolo were rescued and taken away from the chain of grief that had already hit her husband, Guido Dalla Volta, and their eldest son Alberto.

Maria Rizzini, 88 years old, so recalls the tale of her parents:

"My Dad made the rifle gun-locks, he worked at his home in Magno. He knew a man from Gardone, Mr. Seneci. One day this man, on behalf of chemist Malfassi, asked him to shelter two displaced people. I do not know whether my father knew exactly whom he would have to shelter. I think he did. He never told us about anything, maybe out of fear we might talk. We were young. We called her "siùra Maria" because we say she was a gentlewoman. In Magno there were a few displaced people from Gardone, they came up in the evening out of fear of the bombardments. “Siùra Maria” (Mrs. Maria) did not go unnoticed, she was distinguished. She had a pasta machine, lent it to the women and helped them use it. We knew her husband had been deported to Germany, but that happened to many other people. She talked about it often. She was worried also about her other son, Alberto ".

After the war, Emma Viterbi never resigned to the loss of her husband and son. Until the end of her life she prepared everyday an empty place at her table, a silent sign of a wait that would forever remain incomplete. In the meanwhile, from December 1943 to Spring 1945, life at the Rizzini’s went on quietly, but it was a calm charged with tension. Above all for "Copèto" who knew. And was silent. "Paolo who was 16 years old – goes on Maria Rizzini – was almost always at home to study, then she befriended Franco Zoli. We understood little by little who they were, and the risk we have run, above all when we learned her true name was not Maria, but Emma”.

Taken from an article appeared in Bresciaoggi on 27 January 2010

Angelo and Caterina Rizzini is honoured in the Garden of Brescia.