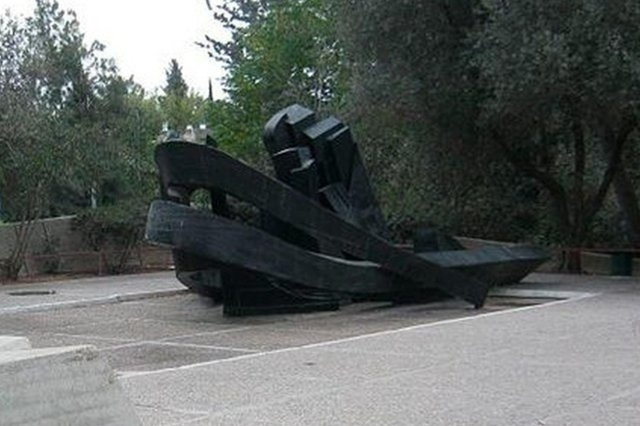 On 29 September 1943, the Paikins, a Jewish family, who lived in Copenhagen, learned of the Germans' plan to deport all the Jews leaving in Denmark. The head of the family, Abbe Isak Paikin, did not know what to do, so he phoned his non-Jewish friend Robert Petersen, who agreed to host him and his family, despite being aware that he could endanger his two children and his wife, Gertrud, who was pregnant with the third. In the two days that followed, Abbe Isak Paikin arrived at Robert's house with his wife, his son, his parents, his two unmarried sisters, his sister married to her husband and son, his wife's two brothers, of whom one was unmarried and the the other was married and had a daughter.

The Petersens' small house consisted of only three rooms, but despite this, no member of his family objected to hosting all those people, because they did not want them to be captured by the Germans. Robert who had no contact with the resistance, began to search for fishermen to transport the Paikin family to Sweden, and managed to find two in the town of Koege (south of Copenhagen), they did not have a boat, but they were ready to rent one for the trip. At that point it remained to find a place in Koege where the group of Jews could stay before they left.

Mr. Petersen thus made an agreement with the head waiter of the inn where he had entered. He would prepare a small separate room in the café, which would remain closed until the group of Jews left for Sweden. The next day the Paikin family went to Koege, where they hid in the café room while waiting for the fishermen to arrive. When they arrived, they explained to Mr. Petersen that the owner of the boat that they had agreed to rent, had changed his mind. Due to the situation, Robert gave the fishermen 500 crowns for each member of the Paikin family, and convinced them to go back to the owner of the boat, who was at his usual tavern at the time, to get him drunk and then "borrow" the boat keys. The goal was to meet at the end of the pier at 7:30 in the evening.

Everything went well and the Paikin family were transported safely to Sweden. Robert spent the night in the café because it was now eight o'clock and curfew had started, leaving his wife, Gertrud worried because he hadn't been able to contact her. Before leaving for Sweden some members of the Paikin family gave Mr. Petersen some addresses of relatives and friends (around fifteen people), and asked him to look for them and make sure they were okay. Robert found them and organized the escape of those who had previously failed to escape. They in turn gave him other addresses and Robert helped them too. The Petersens never accepted money or any other form of compensation. In October 1993, the Paikin family invited the Petersen family to dine at the same café (which had become a restaurant) in Koege. That day the two families were able to hug again and relive those memories. On 1 May 2001, Yad Vashem bestowed the title of “Righteous Among the Nations" upon Robert Petersen and Gertrud Petersen.