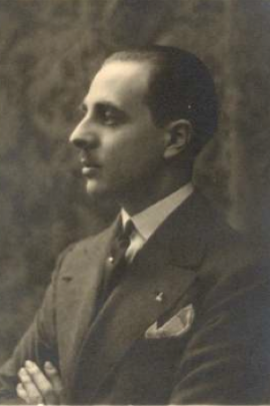 Testimony issued to Gariwo by his son Stefano in Milan on March 6, 2014

Giuseppe Sala, engineer Setti and my father, on behalf of Cardinal Schuster, assisted the fugitives, Jews and non-Jews, and hid them in the cellars of the bombed patronage. This arrangement was naturally transitory, because these people were usually led to Switzerland.

I would also like to add a detail concerning the story of my father, an anti-fascist active above Milan, in Inzago. In 1944 the SS captured and interrogated him several times. He was sent to the prison of Monza, where he remained three days, and then moved to San Vittore, from which he managed to escape - most likely thanks to the famous Sister Enrichetta. My father remembered that, after one of these interrogations, the SS admonished him telling him to stay away "from the bad company, that is from the lawyer Sala and from the engineer Setti".

The relief work of Sala, Setti and my father does not end here. In fact, all our families have hosted Jews. I remember the fairly old gentlemen, who one day disappeared. We children were told simply that they had left, when this family had been taken to Switzerland instead.

The son Carlo has collected the documentation attesting the activity of his father in the essay written for family use in 2012 "Inzago - 1939/1945 The time of war", transmitted to Gariwo and reproduced in depth.

Reported by his son Carlo. Proposal submitted for Monte Stella in 2014