he rescued several people in the hospital where he worked 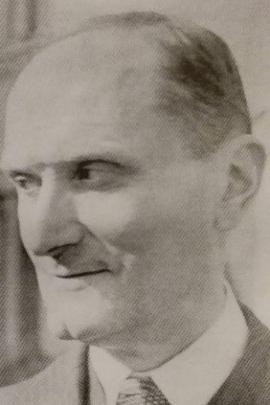 Carlo Angela was born in Olcenengo, Italy, on 9 January 1875. He studied medicine at the University of Turin, graduating in 1899. He then went to the Congo where he worked as a doctor with the Belgian army. On returning to Europe, he specialized in neuro-psychology in Paris under Babinski, a great professor famous for having worked with Sigmund Freud.
After the war he decided to enter politics and became a member of "Democrazia Sociale", a socialist party founded in 1921; despite its apparently progressive leanings, the party took numerous nationalist and authoritarian stands and supported Fascism. For this reason, in 1924, Carlo Angela decided to distance himself and joined the more reformist socialist party led by Ivanoe Bonomi.
Just a few months later, Angela publicly criticized Mussolini, accusing him from the pages of "Tempi Nuovi" of involvement in the assassination of Matteotti. The Fascists’ reaction was immediate: during the night of 21 June they broke into the offices of the newspaper, looting and setting fire to them. Carlo Angela was forced to move to San Maurizio Canavese, where he became the director of Villa Turina Amione, a psychiatric hospital.
It was precisely in this hospital that Angela initiated his masterpiece of human solidarity and civil resistance, saving numerous people from deportation to the concentration camps. Along with a handful of trusted companions, the professor rescued anti-Fascists, deserters and, especially, Jews. He wrote false diagnoses and manipulated case sheets, turned Jews into "Aryans" and the sane into psychiatric patients. Among those he saved was the lawyer Massimo Ottolenghi with his wife and son; the Fitz family; captain Dogliotti; the aristocrat Revelli di Beaumont and Renzo and Nella Segre.
It took twenty years for the altruistic deeds of this morally upright and steadfast man to come to light. In 1986, the town of San Maurizio Canavese – of which Angela had been mayor from the end of the war to 1949, the year of his death – presented a book called “Il paese ricorda” [The town remembers], in which Carlo’s son Piero Angela, the well-known scientific writer and media personality, briefly mentions his father’s rescue work. Thanks to one of the rescued, Renzo Segre, Angela’s laudable efforts to save his fellow men were narrated in full in 1996, in a work published by Sellerio and entitled Venti mesi [Twenty months], one of the most touching documents about the persecutions suffered by the Jews in Italy. The book reveals that Renzo Segre and his wife simulated mental illness and were concealed in Villa Turina Amione for six months. Segre describes the professor as a man of incredible charisma who, despite his concerns for the safety of his own family, rescued the author and numerous others, risking his own life without ever asking for anything in exchange.
Thanks to research conducted by the historian Franco Brunetta, documents and first-hand accounts were put together and submitted to the Yad Vashem Commission in Jerusalem for Carlo Angela to be declared “Righteous among the Nations”. On 25 April 2002, in a ceremony held in San Maurizio Canavese, the Yad Vashem commemorative medal was handed to Carlo’s children Sandra and Piero in memory of their father.