a journalist against Hitler 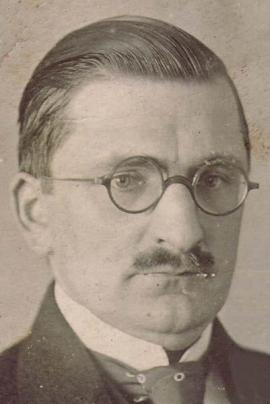 The journalist Fritz Michael Gerlich was born on the 15th of February 1883 in Stettin, Germany. He was a committed Catholic, a moderate conservative and a member of the anti-nazi German resistance during the 30s. He is one of the few who publically speak out against Hitler.

His fight against National Socialist has been pursued mainly through his journal "Dergarde Weg" (the straight path), published since 1932 with the subtitle "The German periodical for truth and justice".

On the basis of his historical studies, Gerlich argued that if nationalism per se had been already a disaster for Germany, when combined with the hitlerian ideology it would have been a catastrophe not only for the Country but for the entire Europe.

He told his truth against the Reich in a powerful and direct way, despite he was aware of the risks he was taking. He defined the Fuhrer a 'loony' and published ironic and provocative cartoons against him. He was almost prophetic while writing "Nazi is doomed to collapse long before communism: his destiny is to burst like a soap bubble, as its program does not take inspiration from the great schools of thought of humanity".

A few months before Hitler came to power, on the 9th of March, Gerlich has been arrested by the assault team 'Sturmabteilung' of Ernst Röhm and deported to the Dachau Concentration Camp.  His journal has been banned four days after. After being fiercely tortured by his executioners, he responded: "I will not kill myself, I am a Catholic". Gerlich did not receive any formal charge and he has never been tried. On the 30 June 1934, during the Night of the Long Knives, after 15 months of imprisonment Gerlich has been executed. Journals were forbidden to publish the funeral notice.

Reported by Ilsemarie Brandmair Dallera, Professor at the Catholic University of Milan, for Monte Stella - Ceremony 2018