great opponent of the communist and nazi ideologies 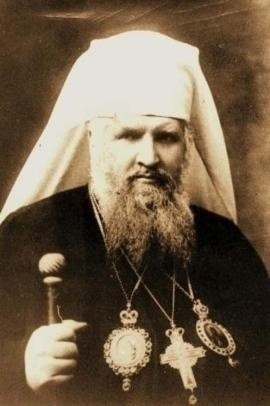 Father Andrey Sheptytskyy was a Ukrainian Catholic archbishop, Metropolitan of Lviv from 1900 to 1944 and founder of the Ukrainian Studious Monks in 1900.
He was born in a village in Galicia, then part of the Austro-Hungarian Empire, into an aristocratic Ukrainian family, which, during the 19th century, had converted to Catholicism.
Since 1939 he has seen his country contended between two forces: the Soviet Communist Union on one hand, and the Third Reich on the other. He became a convinced opponent of both totalitarian ideologies, because both violated human dignity.
As soon as the Nazis had control over Ukrainian territory, he firmly opposed Nazi anti-Semitic policies.
In a pastoral letter of 1942 he asked his faithful to help the Jewish population and not to collaborate with the occupiers in the realization of their genocidal plan. In a letter he sent to Pope Pius XII he spoke of the "almost diabolical" nature of Nazism. Twice, moreover, he sent a letter of personal protest against the extermination of the Jews to Himmler, commander of the Reich's security forces. During the persecutions he hid numerous Jews in the bishop's seat and in Greek-Catholic monasteries, saving more than one hundred from death. One of the rescued was Rabbi David Kahane. For his efforts, Father Sheptytskyy has received numerous honours, including the Jan Karski Prize and that of the Anti-Defamation League - which fights anti-Semitism and other forms of hatred against Jews - "for the audacity and heroism in saving Jews".
In May 2008, the Ukrainian Jewish community declared him "Righteous among the Nations" and in Kyiv, as a sign of gratitude, a symbolic tree was planted in his honor. In April 2012, the Canadian Parliament recognized his actions during the Second World War, declaring that thanks to him 160 Jews were saved, one of whom was present at the session of the Parliament. The Ukrainian Greek Catholic Church has begun the process of beatification.
According to the American Christian historian Jaroslav Pelikan "he was the most important figure... in the entire history of the Ukrainian Church of the 20th century".