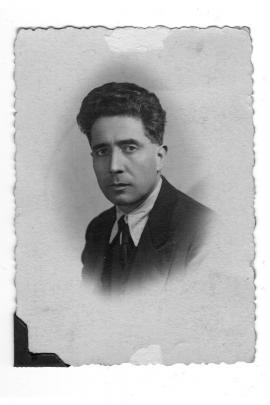 Antonio (Tonino) Pistocchi was an engineer of the railways, belonging to a anti-fascist family. In 1943, he started falsifying the names of the rail season tickets used as document by the Jewish high school friends of his children. Thanks to this stratagem, many children were saved.

In 1944, Pistocchi helped his colleague Musafia to move with his wife from Trieste, where they lived under the constant danger of being captured, to Cesena, the city where the Pistocchi family was displaced. Thanks to the help of Tonino's brother, they went to live in a house belonging to a cousin and apparently uninhabited.

The Musafia spouses found shelter in that house for a year: they were going out only for brief moments and only at night, remaining locked up during the day. The problem was how to get them food and other things they needed: the transport of food required to make a daily journey, the frequency of which could be noticed in the long run. Pistocchi thought that a child would be noticed less, so he appealed to his six-year-old nephew Bruno. In change, Musafia helped him to do his homework, to write and to draw. Bruno continued going to the Musafia family for almost a year.

In the same building where the Pistocchi were living, there was also a Fascist hierarch - called Bistecca - who began to notice the child's coming and going. One day, he decided to follow him. Fortunately, Bruno noticed it and, taking advantage of his speed, he managed to sow the man. At that point, however, the hiding place was not secure anymore. During the night, the Musafia family was taken to the Bonci Theater - thanks also to the complicity of the keeper. The spouses were hidden under the stage, where they remained for a short period time, as luckily the end of the conflict came.

After the war, the Musafia spouses returned to Trieste.