he protected a Jewish family 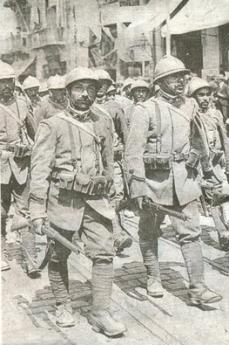 We present the figure of Diamandis Diamandopoulos according to the testimony of his rescued Mary Alvo from Thessaloniki. Diamandis was a close friend of Mary's father and during the occupation of Greece he protected her family by finding several hideouts for them. Diamandis had them sheltered in several different homes: first of all the one of the Tsevas, who accepted them upon the condition that they were absolutely silent to avoid the discovery and reporting on the side of their neighbours; then the home of two lovely and aristocratic elderlies who were “childless and penniless”. To Mary, who was then 12 years old, he offered his very home, before her family made the ultimate decision to embark for Palestine. Mary remembers Diamandis as follows: “a totally disinterested, honest and generous person. He loved and respected our family. He was a smiling clever and hard working man. He offered to help us immediately”.

The rescue of the Benveniste family from Salonika to AthensTestimony sent to Gariwo by Mary Alvo for publication into the Wefor site.
Thessaloniki, 24 maggio 2010

Please help me find his family, if you can!
He lived in Athens around Patisia, his wife’s name was Anthoula and his eldest son’s name was Stefanos. He worked during long years as sales manager with the well known firm call TRIA DELTA.