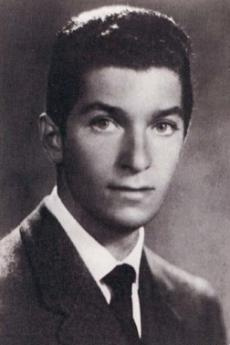 Giancarlo Puecher was born in Milan in 1923. Due to the Anglo-American bombing of the city - which also destroyed his home in the central Via Broletto - he was forced to displace with his family in the villa of Lambrugo in Brianza. Immediately after the Armistice of September 8th, he formed the first partisan formation of the Brianza known as the Autonomous Group of Ponte Lambro, involving a dozen of friends - among whom the "resistant priest" Parrish of Ponte Lambro Father Giovanni Strada and the alpine Franco Fucci.

The twenty years old law student Giancarlo Puecher had no ideological-political motivations, but rather ethical-civil convictions, influenced by his frequent meetings with some of some of the strongest anti-Fascist figures, such as Luigi Meda and David Maria Turoldo. The total dedication to the cause of patriotism and liberation from Nazi-Fascism is well expressed in his moral testament of September 13, 1943, written at the time of the formation of the group of Ponte Lambro: "All I did was for the good of the country. Dulce and decorum est pro patria mori". In this occasion, he sanctioned the decision to vote for the fight against fascist oppression and Nazi occupation in the perspective of a necessary ethical and political renewal.

In the two months of partisan militancy, the type of patriotic struggle chosen by Puecher is part of what has been defined by historians as 'disarmed or civil resistance', carried out without resorting to arms, violence and armed struggle and clandestinity - as in the case mountain partisans or city Groups of Patriotic Actions (GPA). Thus, he was fighting a battle aimed at the realization of some fundamental objectives: protecting the scattered soldiers; helping the allied prisoners and the victims of persecution through the supply of food and clothing and supporting their passage in Switzerland; providing for the supply of weapons and fuel; sabotaging the communication and fortification structures controlled by the Germans and the Fascists; promoting the propaganda actions against fascist and Nazi power, including the collaborators, without resorting to physical elimination (as in the case of the actions carried out by the GPA).

The assassination of two small exponents of the Fascism of Erbese carried out by a GPA member led however to the wounding of Fucci and to the arrest of Puecher. As an act of reprisal, the head of the Province of Como, Franco Scassellati, imposed the establishment of an improvised extraordinary military court in Erba. The only one condemned and put to death was Giancarlo Puecher, for the strength of his personality. His defender, the lawyer Beltramini, despite the strong commitment, was unable to save him. The death of Puecher, however, spared that of his companions, who were sentenced only to prison terms. After a few months, also the father of Giancarlo was arrested and then deported to Mauthausen, where he died of starvation of May 7, 1945.

In the post-war, Giancarlo Puecher's name have been rehabilitated under both judicial and civil grounds: the responsible of his death has been condemned, and he was awarded with a gold medal to the memory and with an honoris causa degree from the Faculty of Jurisprudence of the University of Milan.

Reported by Giuseppe Deiana, Chairman of the Puecher Community Centre. Proposal submitted for Monte Stella in 2013

Giancarlo Puecher is honoured in the Garden of Castelbuono.