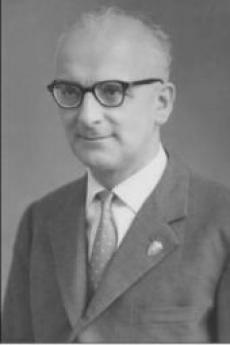 A story reported by L. Fregona in his interview to Lucilla Merci, the Righteous' daughter, L'Espresso, 23rd January 2007

Lucillo Merci was born in Riva del Garda in 1899. He was a primary school teacher in Salorno. In 1923 he was appointed director of studies at Malles Venosta and became a point of reference for three hundred teachers sent by Mussolini to Italianize the population of Alto Adige. In 1938 he was transferred to Bolzano and in 1940 he was called up in the Aqui Division, which suffered heavy losses in Cefalonia.

He fought with the rank of captain, first in Albania, then in Greece. In Saloniki, in the Greek zone occupied by the Nazis, his excellent German earned him a job as interpreter at the Consulate. At that time a massive roundup of Greek Jews was under way and the final solution was in full force. Merci did what he thought was right: he helped the Consuls Guelfo Zamboni and Giuseppe Castruccio in a huge and perilous effort to provide Jews marked for deportation with false documents certifying Italian nationality, thereby enabling them to leave for Athens or to reach Italy in safety.

He personally distributed the documents inside the holding camps. When returning to Italy on leave in July 1943 Merci took approximately forty Jews with him. Around twenty of them were saved in Florence; the others, hidden in Meina, would later be discovered and shot in the first Nazi massacre of Jews in Italy. Merci counted on his own open and extroverted character to soften the Germans and bravely stood up to the Nazi officers, who could punish aid to the Jews with death.

After 8 September he was arrested by the Germans, but Consul Zamboni went in person to the Wehrmacht headquarters and managed to secure his release. In September 1943, even after the Consulate had been closed down and he was no longer in an official position, Merci continued his efforts to rescue the persecuted. In civilian clothes, he did his best to help the Italian fugitives.

He distributed food to the soldiers held prisoners by the Germans to alleviate their hardships and saved some of them by passing them off as teachers from the Italian community in Saloniki. Merci kept a diary, the contents of which were made known in 2007 by the historian Gianfranco Moscati and by the scholars of the historic archives of the Bolzano city council. After the war he never spoke of his rescue operations. He became a school inspector in Alto Adige, a job he performed until he retired in 1964. He died in Bolzano in 1984.

You can find a tree in the Virtual Garden European StoriesMonte Stella's Stories.