a courageous employee, she put her life on the line to save dozens of Vogherese Jews from persecution 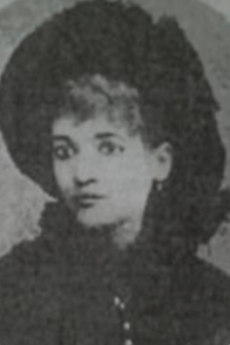 Maria Mascaretti was born in Piacenza in 1901, she graduated in French, and she became deputy head of the registry office of the Municipality of Voghera during the years of the Second World War. After the armistice of 8 September and Nazi’s occupations, a tragedy was taking place in Italy to which Maria Mascaretti decided not to remain indifferent.

To prevent them from being identified as enemies of the Nazis, arrested and deported to extermination camps, she helped dozens of Jews from Voghera. She removed the tags corresponding to adult Jewish citizens from the registry, hiding them in a safe place. Furthermore, she omitted the mandatory wording of "Jewish race" in the files of minors. Thus, many Jews from Voghera managed to escape persecution, becoming “unknown” in the registry office during the war. Maria Mascaretti also hosted a dozen Jewish couples fleeing deportation in her own home. She did all this well aware of the risks she was running, if the Nazis had discovered her, they would have arrested her or even deported her to Germany.

"Mascaretti jealously guarded her secret ... she was very reserved and did not want to brag about it", said a colleague of hers. Her heroic deed was known by few during the war. Maria Mascaretti died in Rivanazzano in 1979. Her story, which remained unknown until recently, is now housed in the CDEC archives.

In January 2007, the mayor of Voghera requested the display of a plaque at the entrance to the registry office in memory of Maria Mascaretti, defined by the Mayor as "the heroine of the Vogherese Shoah".