he forged Christening certificates for the persecuted Jews 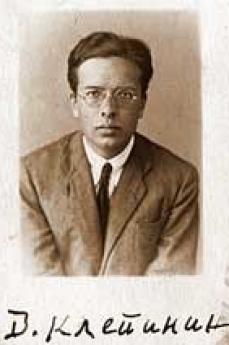 Born in 1904 in Pjatigorsk (Russia), in the ’20s Dimitri Klepinin emigrated to Paris and entered the capital’s Institute of Orthodox Theology, where he became the spiritual son of the celebrated theologian Sergij Bulgakov. According to his superiors, he was "a very modest and rather awkward young man, who had nothing to distinguish him. Nobody would have suspected the enormous spiritual strength that lay within him".
Ordained a priest in 1937, he was appointed the spiritual assistant of the "Orthodox action " movement, led by mother Maria Skobcova. Klepinin soon became a reference point for numerous Russian intellectuals that gravitated around the church in Lourmel street, the headquarters of "Orthodox action ".
In July 1941 he joined mother Maria in a secret committee that supported prisoners (with the Nazi occupation the number of arrests increased, also among Russian emigrées). When the persecution of the Jews began, father Dimitri did not hesitate to make out forged Christening certificates; the headquarters in Lourmel street became the link in a long chain of shelters for Jews and fugitives.
On 9 February 1943 the Gestapo summoned him for a lengthy interrogation, offering him his freedom on condition that he stopped helping the Jews. By way of response, father Dimitri showed his pectoral cross, exclaiming: "And do you recognize this Jew?". His sentence was instantaneous.
On 16 December 1943 he was transferred to Buchenwald, and from there to sub-camp Dora, where the atrocious working conditions caused around a hundred deaths every day.
On 9 February 1944 a Russian friend found father Dimitri dying of pleurisy on the floor. It was the day on which postcards were distributed to the prisoners to send to their relatives: Klepinin died clasping his unfinished postcard in his hands, in symbolic union with his loved ones. In the early hours of 10 February he was taken back to Buchenwald for cremation.