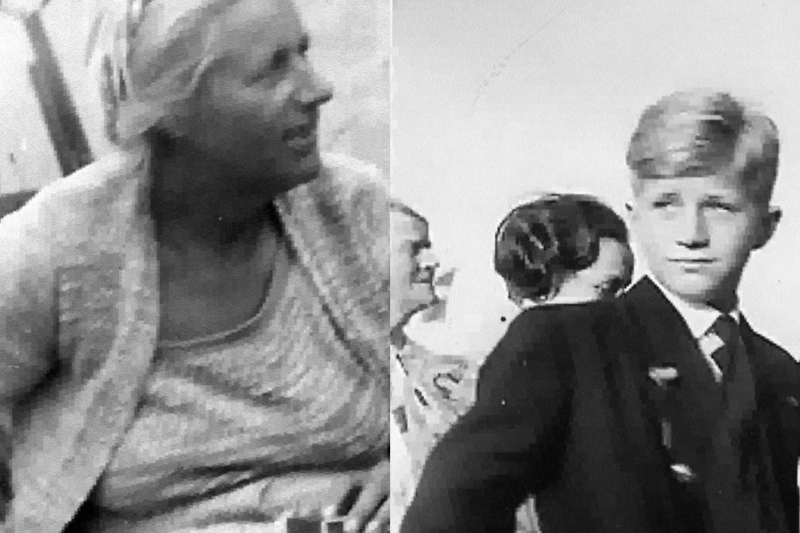 On 29 September Ellen was called to the home of her Jewish cousin Louise Hertz, who lived in Nybrogade 28, Copenhagen. There, Ellen was informed that the Germans had planned to deport all the Jews of Denmark to concentration camps. Being her the only non-Jewish relative, she proposed that she would hide with her Jewish husband Svend Hertz in her apartment in Aldersrogade 13, Copenhagen. When they arrived at her home, Fredrik immediately went to the Jewish Somogyi family to warn them of the danger, at Njalssgade 54, Copenhagen.

It was a family (consisting of 5 people) of Austrian Jewish refugees who fled on a tourist visa to Denmark after the German occupation of Austria in 1938. Fredrik offered Karl (the eldest of the three brothers) to hide in his apartment, and he went with him. After about two weeks of hiding in the house, while Ellen was trying to organize the crossing to Sweden for her guests, she was so exasperated thate she decided to call the Danish police for help. But after thinking that she had been intercepted by the Nazis, she looked for another safe place for everyone, and found it in the villa of the prominent Bramsen family in Frederiksberg Bredegade, Copenhagen. There, the three guests were hidden in the loft, and Mr. Svend Bramsen also provided Ellen with large sums of money, so that he could use them to pay for transport to Sweden for those Jews who could not afford it.

A few days later the percolation passed and they all returned to the Fogh's apartment. Shortly after, Ellen managed to organize the crossing to Sweden for the Hertz family, who took Karl Somogyi with it and paid for the crossing. Later, Ellen was able to find and help the other members of the Somogyi family to escape to Sweden, and with the money received from Mr. Svend Bramsen, Fredrik and his mother helped to save other Jews. Once all the Jews they knew in Copenhagen were safe in Sweden, Ellen went to Aaehus and helped her cousin and adoptive brother the doctor Hilmar J. Fridericia along with his Jewish wife, Lissie Elsass Fridericia, escape to Sweden.

The Fogh family despite being very modest, used the little they had to save the Jews. In October 1943, Ellen was 54 years old and debilitated by a serious chronic disease, pernicious anemia, which required medical attention every few days, so if she was discovered and captured she would not be able to survive, neither prison nor a concentration camp.

Ellen and Fredrik Fogh were awarded the title of "Righteous Among the Nations" by Yad Vashem on January 29, 2004. Ellen she was unable to attend the awards ceremony because she died on May 10, 1958.