genius of music, patriot and rebel 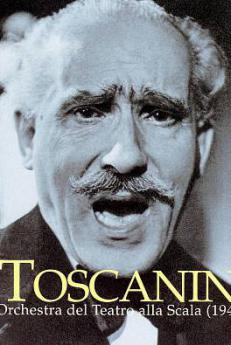 Arturo Toscanini was born in Parma on 25 March 1867, from Claudio and Paola Montani Toscanini. His father, a tailor, fought for the Unification of Italy. For his patriotism he served a three-year jail sentence, he lost his teeth and he had a hard time leading a normal life.

Arturo, who in his childhood was very delicate, maybe because of celiac disease, graduated in Music from the Royal Music Academy of Parma in 1885, obtaining the highest marks in Composition and Cello.

After his graduation he joined a traveling opera company as a cellist. While he was on tour in Brazil, he was called to substitute the orchestra conductor during a replica of Giuseppe Verdi’s Aida. Toscanini, who had learnt the opera’s score by heart, performed brilliantly and greatly impressed the audience. Given his triumph, Toscanini continued to serve as conductor for the rest of the season, thus establishing his talent and ability as early as at age 19. He made his Italian conducting debut in Turin in November 1886. In his home country he conducted the world premieres of Ruggero Leoncavallo's Pagliacci (1892) and Giacomo Puccini's La Bohème (1896), as well as the Italian premiere of Richard Wagner's Die Götterdämmerung (1895). In 1896, Toscanini conducted for the first time at Milan's La Scala. The music he led in this performance included a symphony by Franz Joseph Haydn and Pyotr Ilyich Tchaikovsky's Nutcracker Suite. Toscanini's success grew when he was chosen to serve as La Scala's principal conductor in 1898.

In 1897 he got married to Carla De Martini. They had two sons, Walter and Giorgio (who would die of dyptheria in 1906), and two daughters, Wally and Wanda. Wanda would get married to Vladimir Horowitz, her father’s collaborator.

In 1908, Toscanini left La Scala to conduct the New York Metropolitan Opera. Here he directed another world premiere of Puccini’s operas, La fanciulla del West, in 1910. He would go back to Italy during First World War, playing pro bono for soldiers on the frontline until the end of the war. After the conflict, Toscanini took the orchestra of La Scala in tour through Europe, Canada and the United States. From 1921 he would abandon the direction of La Scala, that cost him too much energy, and especially he would leave Italy, where fascism was earning more and more consent. He went on conducting orchestras and opera houses in America, and especially the New York Philharmonic Orchestra from 1926 until 1936.

Toscanini fiercely opposed the rise of fascism in Europe. In Italy, in 1931, he was slapped for refusing to execute the fascist anthem Giovinezza. He was the first non German to conduct an orchestra in the festival dedicated to Wagner in Bayreuth, Germany, but in 1933 he chose not to attend the event out of protest against the Nazi regime. These events were one of the numerous expressions of Maestro Toscanini’s success. In fact, the extensive control that Nazism exerted on all opinions and the fact that the regime had deemed Toscanini to be “unable to resist anti-Germanic propaganda”, did not prevent newspapers from expressing their regret over his decision, and the ban on his operas on the German radio stations was once lifted for some time, to convince him to change his mind.

In 1936, Toscanini went to Palestine to conduct a group of Jewish musicians whom, teaming up with Polish artist Bronislaw Huberman, he helped flee Europe.

David Sarnoff, NBC director, founded the NBC Symphony Orchestra specifically for Toscanini in 1937. He would conduct this orchestra for 17 years, finding time also to work with other orchestras, from one shore of the Atlantic to the other.

In 1947 he took part enthusiastically in the rebirth of La Scala after the wartime destructions. He was though already very old.

His wife Carla died in 1951. Toscanini conducted his last live concert in Carnegie Hall on 4 April 1954, with the NBC Symphony Orchestra. In his last years he would review his unpublished recordings. On 16 January 1957, at age 89, also Arturo passed away at his home in the Riverdale neighbourhood of New York.