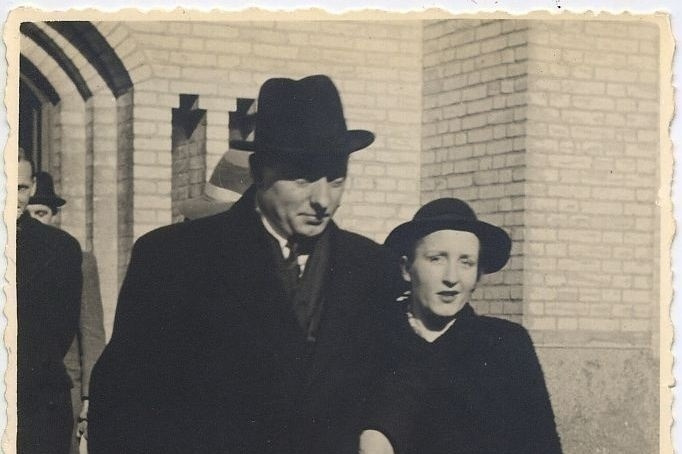 Knud and Karen got married on April 27, 1938. When Denmark was invaded by Nazi Germany in April 1940, they were 26 and 21, they lived well as Knud owned a successful business specialized in the production of leather goods. In October 1943, after the Nazi raid against the Jews, the young spouses (despite having two small girls) took action to save as many Jews as possible.

The Jews were hidden in their home, then when the transport to Sweden was ready they were taken to Espergaerde (a coastal village located about 40 km north of Copenhagen), where there was Karen's father's house, 1 km from the costs. There, the Jews were housed before leaving for Sweden. Being a rower for the Danish national team, Knud took the Jews to Sweden in his rowboat, which could only hold one guest at a time. However, thanks to the help of the Resistance movement, Knud managed to transport many more Jews to Sweden. Karen and Knud, in those weeks, helped a Jew named Max Rawitscher escape to Sweden. Mr and Mrs Marstrand Christensen helped the Jews without asking for money, because they considered it a moral duty.

After the war, Max Rawitscher wanted to thank Knud, but he did not know his real name (Knud in fact used various names so as not to be discovered by the Nazis), and Christensen was a very common surname in Denmark. In 1955 Max contacted the Danish television in order to research his saviour, and after two weeks he was able to finally find Kud. On the evening of December 2, Max hugged Knud in the television studios. The meeting moved all the people present in the studio.

Knud and Karen did not want to be contacted to receive honours, as they considered what they had done a normal thing: they just could not remain indifferent in front of the persecution of the Jews. Fifty years later, Knud agreed to be contacted by Yad Vashem, who wanted to honour him and Karen to demonstrate how it was possible to help Jews under Nazism instead of looking elsewhere and remaining indifferent to the suffering of others. On July 18, 2005, Yad Vashem awarded Knud and Karen with the recognition of "Righteous Among the Nations".