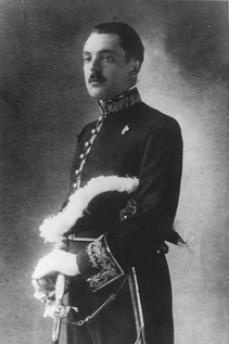 Testimony by his children Maddalena, Giovanni and Maria - Rome, 4 November 2005

From 1942-1943 our father, Vittorio Castellani, a young diplomat, was in Croatia, in charge of serving as a liason officer between the Ministry of Foreign Affairs and the 2nd Army, whose commander was general Roatta. An agreement between Croatians and Germans provided that all Jews residing in Croatia or displaced in the region, including the territories under the control of the Italian army, would be handed over to the Germans. Despite the great deal of pressure put by the Germans, both the high military commands and the diplomatic chiefs of the region, including earl Luca Pietromarchi and our father, did not agree at all with Rome’s instructions to hand the Jews over to the Croatians, who would in turn hand them to the Germans. Also enjoying the support of Palazzo Chigi (which was then the seat to the Ministry of Foreign Affairs) and not without putting their own personal safety and careers at risk, they used all possible means and devices to oppose the political orders and dodge the handing over of the Jews: from the creation of a “detention camp” under Italian control to “sophisticated” juridical interpretations to “assign” the Italian citizenships to the highest possible number of Jewish refugees. Through such devices nearly 3,000 Croatian Jews and other foreign Jews were saved from what was defined as “the final solution”.

This was mentioned by Israeli historian Daniel Carpi in Rescue Attempts during the Holocaust, “The Rescue of Jews in the Italian Zone of Occupied Croatia”, Acts of the second international conference of Yad Vashem, Jerusalem, 1977. Furthermore, among others, these events are reported by Menachem Shelah, one of the people rescued from massacre, in Un debito di gratitudine, translated and published in 1991 by the Army’s General Staff, and historian Jonathan Steinberg in Tutto o Niente, l’asse e gli ebrei nei territori occupati 1941-1943, (All or nothing. The Axis and the Holocaust 1941-43) published in Italian in 1997 by Mursia Publishing House.

The son to one of the three-thousand rescued people, Joseph Rochlitz, who lives and works in Italy, produced some years ago a documentary film, The Righteous Enemy, of which an Italian version exists, in which he mentions the events my father took part in when he was in Croatia, as well as the exemplary behaviour of Italian military officers or soldiers and diplomats in Southern France. He also documented the rescue of Jews in Greece by Italian diplomat Guelfo Zamboni, who is honoured in the Garden of the Righteous of Milan. The documentary was known also in the US and Israel, but unfortunately in Italy it has not been disclosed to the wider audience, in spite of the fact that the Rai has bought its copyrights twice and President Ciampi has expressed his wish to see it broadcast.

Reported by his children Maddalena, Giovanni and Maria

Vittorio Castellani is honoured in the Garden of Castelbuono.