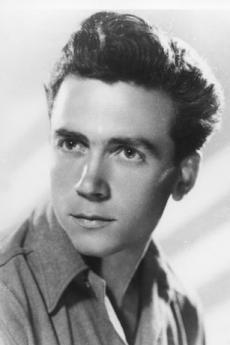 The Mandils came from Yugoslavia, where Moshe owned a thriving photography shop. When the Germans invaded Yugoslavia, in April 1941, the Mandils escaped to Kosovo, where, under Italian control, Jews were left in relative peace. Towards the end of Summer 1942, fugitives were compelled to move further inside the area controlled by Italy, where the majority of the population was Muslim. Moshe and Ela Mandil with their children Gavra and Irena found shelter in Tirana. While watching the photography shops, Mandil found the one managed by a former apprentice of his, Neshad Prizerini. Not only Prizerini employed Mandil, but he also suggested to host the whole family.

In the shop Mandil met Prizerini’s apprentice, 17-year old Refik Vezeli, who had been sent by his parents from the village of Kruja to Tirana to learn the job. After the German invasion of Albania, the situation became dangerous for the Jews and Veseli suggested the Mandils to take refuge in the mountains, at his parents’ home, where he led them by a long journey on the back of the mule, on the hard rocky soil. They took side roads travelling by night and hiding in caverns in the day to avoid being found by the German soldiers.

In Kruja, Moshe and Ela were hidden in a small room above the stable, while their children mixed with the kids of the Veselis. Short after their arrival, the brother of Refik, Xhemal, took another Jewish family from Tirana: Ruzhhica and Yosef ben Yosef with his sister Finica. Towards the end of the war the military activities and the round-ups of partisans became more intense, the village was bombed and there were inspections in the area, but the refugees were not discovered. Their two families remained with the Veselis in their mountain village until liberation in November 1944.

After the war, the Mandils moved to Novi Sad and Moshe reopened a photography shop. Refik was invited to live with them and continue his internship as photographer. He remained with the Mandils until they emigrated to Israel and he kept in touch also later, despite distance.

In 1987 Refik Veseli and his parents Fatima and Vesel were awarded the honor of “Righteous among the Nations”. In 1992 Refik founded the Association Albania – Israel, which is still working.

Gardens that honour ​Refik Veseli and his family

​Refik Veseli and his family is honoured in the Garden of Yad Vashem.