how an entire village sheltered a group of Jews 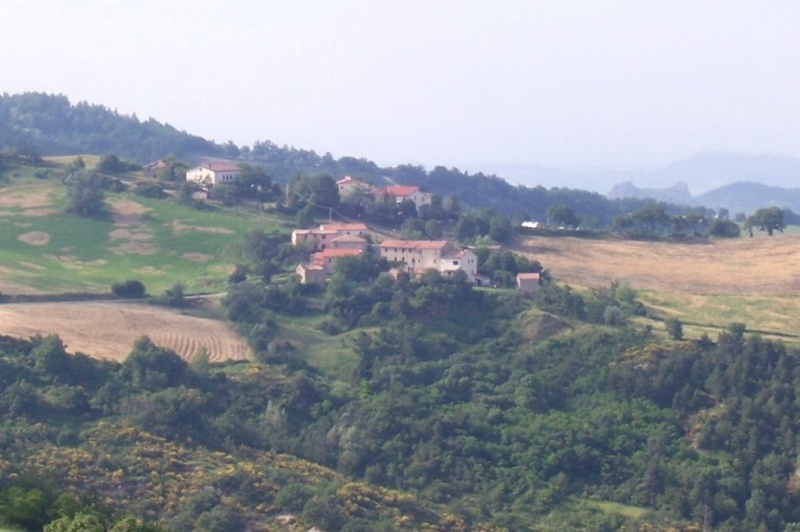 The testimony consists of some 100 pages illustrating the hardships and wanderings of a group of Jews who fled to Italy from Yugoslavia and escaped from the Germans after 8 September 1943, from Asolo down to Bari, passing through Adria, Bellaria and Pugliano Vecchio. Initially made up of 18 people, all related to each other, the group was soon joined by other relatives and a number of refugees they met on their way, finally swelling to include 38 members. In Bellaria the group was taken in by a hotel, then still open, the "Savoia" owned by Ezio Giorgetti. An atmosphere of cooperation, followed by solidarity, soon prevailed and Giorgetti formed a firm friendship with some of the guests, including Josef Konforti and his father-in-law Ziga Neumann. In 1964 Ezio Giorgetti travelled to Jerusalem to receive from the Yad Vashem the title of "Righteous among the Nations " for his efforts to rescue this group of Jews, and in Bellaria-Igea Marina a square was named after him.
In addition to the hotelier, two other men gave the group their unconditional support: Osman Carugno, commander of the Carabinieri in Bellaria, who also received the title of "Righteous among the Nations " in 1985, and the shopkeeper Giuseppe Rubino, who was originally from Barletta, but had been evacuated from Milan to Bellaria to escape the allied bombardment.
In 1944, when the situation in Bellaria became too dangerous, the group of Yugoslav Jews moved inland, into the Apennines, where it was easier to hide and find shelter, first in a hotel still being built, and then with the farmers at Pugliano Vecchio.
Josef Konforti’s own words describe the outcome:
"The next morning, Gabrielli came to our hotel. He was from Pugliano Vecchio. He had no official role, but was considered the most important person in the village. He had a small café and a tobacconist’s close to his house. The farmers spent their free time there and we used to go along as well, to chat to the locals. Our sensation was that we shared the same destiny and were thus able to fraternize. Gabrielli came to us not with a proposal, but with a decision. They knew that we had to leave the hotel, that it was difficult for 35 people to find lodgings, but they realized that our main problem would be to procure provisions. Wherever we went, we would be faced with the problem of finding food. If we went to San Leo, we would have to fight for every last crumb. The villagers had stocks of meat, flour and preserves, while we had nothing and any food we might have brought with us would not have been enough for us to live on. And if the road that led to San Leo were to be closed, which could quite easily have happened, not even the supplies that came with rationing would have got through. So San Leo was not for us. But every household in Pugliano Vecchio had decided to put one room in their home at our disposal. They cleaned it, gave it a fresh coat of paint and thus offered us the same number of rooms that we had had in the hotel. One house was evacuated completely for us to use as a kitchen and dining room … they dug a deep hole in the middle of the village, covered it with a sort of wardrobe with a door, and that was to be our toilet. When it got too full, they emptied it and used the contents to fertilize their fields. They shared every single thing they owned with us. There was always milk, there were chickens, so fresh eggs every day, and what’s more, there was maize for polenta. They all had meat stored in their attics. We were to share the lot, for better or for worse. We were completely overcome, and surprised, by their offer … And thus, one day, with the help of the farmers and their ox-drawn carts, the whole “hotel” moved to Pugliano Vecchio… Every single one of us found our room clean and freshly whitewashed … I repeat: it was pure human kindness ".
As the Allies advanced and the Germans started to retreat, Pugliano Vecchio was occupied by the Wehrmacht, until on 21 September 1944, at 3am, the German troops left the village. The Jews were finally free and no longer at risk.
The group decided to proceed to Bari, where all the refugees from Yugoslavia were gathering. From there Josef Konforti reached Palestine and settled definitively in Israel.

On 25 April 2004, in the municipal park in Bellaria-Igea Marina, two oak trees were planted in honour of Ezio Giorgetti and Osman Carugno, with a ceremony promoted by the local town council in the context of the commemorations for the anniversary of the Liberation.

Gardens that honour The Village of Pugliano Vecchio