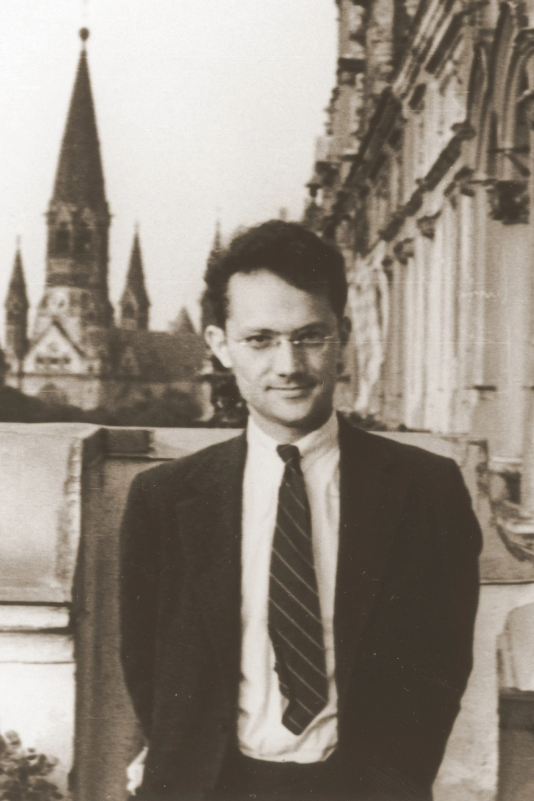 Born on 15th March 1907 in New York City, he was the son of a stockbroker and a teacher. After studying at Harvard University, he devoted himself to journalism, specializing in foreign affairs.

In 1940, while working for the Foreign Policy Association in New York, he was sent to Marseille by the Emergency Rescue Committee, a humanitarian organization that helped the people persecuted in France under Nazi occupation. After the armistice with Germany in 1940, France was obliged to hand over to Germans all the people wanted by the Gestapo, many of whom were Jewish intellectuals.

The purpose of Fry’s mission, which initially was supposed to last three weeks, was precisely to help 200 personalities from the cultural and scientific world to leave the country. To do so, he had a list of names and a budget of $3,000.

Arriving in Marseille, he settled in a room at the Hotel Splendide and began writing letters to people on the list. However, the word of his arrival soon spread, and hundreds came to ask for his help. The queue of refugees in front of the hotel became so long that Fry decided to rent an office and create a group of collaborators - American expatriates, French citizens and refugees - who could help him to listen to the stories of the refugees. So, the American Rescue Center was created, and it welcomed the requests of about 70 people a day. Years later, Fry described those moments as follows: "We had no way of knowing who was really in danger and who wasn’t. We had to guess, and the only sure way to do that was to give everyone the full benefit of the doubt. Otherwise we could refuse to help someone who was really in danger and find out later that he had been dragged away to Dachau or Buchenwald just because we rejected him".

After that the two hundred American visas were exhausted, Fry decided to continue this activity, despite the hostility of the French police and the American consulate. He began to build a real relief network, trying to obtain visas for other countries, providing the persecuted false documents produced by a former Viennese cartoonist or embarking refugees on French ships in North Africa - still under French control - making them look like demobilized soldiers.
He wrote several times to the US Secretary of State Cordell Hull to encourage the United States to take charge of the refugee emergency, also proposing the creation of new Nansen passports (which after the Armenian genocide had been used to rescue stateless persons)but his requests remained unanswered.
Soon, the French police became aware of the activities of Fry and his collaborators. After a first raid in his offices, Fry was arrested in December 1940 and detained on a ship in the port of Marseilles; released, he resumed his activity. He remained in France even after the expiration of his passport, but was again arrested by the French police in August 1941: he had only one hour to pack his bags, and was then escorted to the Spanish border and expelled. An expulsion, he was told, ordered by the French Ministry of the Interior in agreement with the American Embassy.
As he left the country, his thoughts turned to the many he had saved and those he would no longer be able to help. "It was gray and rainy as I got on the train. I looked out the windows and countless images crowded my mind. I thought of the faces of the thousand refugees I sent out of France and the faces of a thousand others I had to leave behind".
In a year, Fry managed to help about 4,000 people. 1,000 of them left France. Among them, there are also famous people, such as Hanna Arendt, Marc Chagall, Jacques Lipchitz, Siegfried Kracauer, Franz Werfel, Lion Feuchtwanger and many others.

Back in France, Fry continued to help smuggle people out of occupied France and worked to publicize what was happening in Europe. For his work, he was kept under surveillance by the FBI, which prevented him from accessing any government employment. He continued with difficulty his activity as a publicist and finally devoted himself to teaching in secondary schools. He died in 1967 at the age of 59, in Connecticut, where he taught Latin.

Shortly before his death, he was awarded the title of Knight of the Legion of Honour, the highest French honor.

In 1994 he was recognized as Righteous among the Nations by Yad Vashem.

Varian Mackey Fry is honoured in the Gardens of Marseille e Padua.