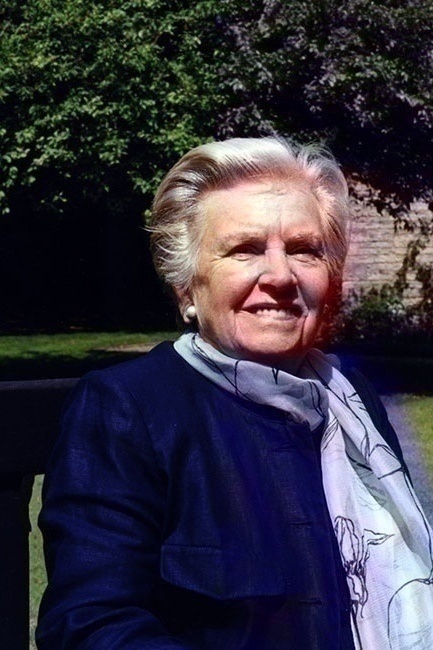 Andrée Geulen was a young teacher in a school in Brussels, when one day some of her pupils showed up in class with the yellow star sewn on their clothes. It was 1942 and the yellow star was mandatory for Jews, there was not much to do.

But Andrée Geulen, a Catholic by birth and an atheist by choice, could not accept this humiliation for her students, and so she asked everyone, Jews and non-Jews, to wear an apron at school. So as to hide the hateful sign of discrimination. But the persecutions increased, deportations began and teacher Geulen understood that she could not stand by and watch. And that an apron was not enough to cover the horror that was advancing.

She joined the Jewish Defense Committee: they needed help to hide Jewish children and save them from deportation and death. It was not an easy task, also because parents had to be persuaded to separate from their children. Some boys were hidden in school, others were taken to safe places. However, one night, following the complaints of some informer ready to sell the lives of innocent boys, the German soldiers broke into the school where Andrée Geulen taught, and arrested the principal and all the Jewish boys present. When the Germans scornfully asked teacher Geulen: "Aren't you ashamed to teach Jews?" She replied: "And you are not ashamed to make war on children?".

Fortunately, Andrée Geulen managed to escape arrest, and ran to warn all the other Jewish boys. Despite the fear, from that moment his commitment increased dramatically: she changed her name and became Claude Fournier, went underground and for more than two years continued to hide Jewish children and young people in Christian families or in monasteries and convents. She changed their names and identities, but in order not to lose the possibility of returning them to their families one day, she wrote in code all the names of the children and families in lists which she then carefully hid.

When the war finally ended, Andrée Geulen did not stop taking care of her children, this time doing the reverse work to trace their families, although too often there was no trace of their families of origin. According to the testimonies, the intense clandestine activity of Andrée Geulen managed to save about 300 Jewish children and teenagers.
In her interviews years later she has often stated that she is still suffering thinking about the moments in which she had been forced to steal the children from their parents without being able to tell them where she would take them. In 1989 she was included among the Righteous among the Nations. Today Andrée Geuelen is 99 years old. And again she declares with the clarity of a young woman and with the wisdom of her years: “What I did was only my duty. Disobeying the laws of the time was the only normal thing to do ”.

Andrée Geulen is honoured in the Garden of Noceto.