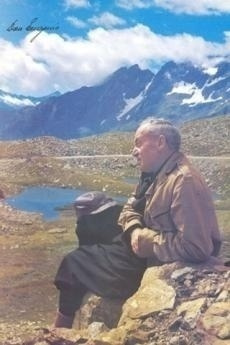 Eugenio Cesare Bussa was an Italian priest who was born on September 3, 1904 in Milan. In February '43, he founded the displacement colony of Serina (in the province of Bergamo), with the support of another prelate of Bergamo and the Archbishop of Milan Cardinal Schuster. Father Eugenio took care of about eighty children - sons of the poor families of the quarter, of the Pirelli factory's employees and of the churchgoers - and, unbeknownst to anyone, hid under a false name also several Jewish children.

In August 1943, the Patronage was destroyed by a bomb. The priest, in order to avoid his children to be called to the front, hid them in the  basement and faked their documents. He also provided a hideout for victims of political persecution.

In November 1944 - two months after the Fascist authorities occupied his colony - Father Eugenio has been arrester by the Muti Brigade. However, he has been soon liberated thanks to the pressure of the people from his quarter and of the Cardinal Schuster. Five months after, Milan was liberated by the Partisans.

In the post-war, Father Eugenio continued to take care of children, moved by the conviction that "the world needs more people doing good, and more wise men surprising for their knowledge". He died on January 29, 1977.

His story has been first told by Alberto Fazio, one of the Jewish children saved by the Priest, who is now living in Israel. On March 28, 1990, Father Eugenio Bussa has been nominated "Righteous Among the Nations" by Yad Vashem.