he saved nearly 700 Jews, including many children 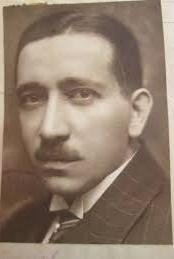 Reinhold Chrystman saved 700 Jews during the Holocaust, many of them were children, employing and hiding them in a glass factory in Piotrków Trybunalski, near Lodz, Poland. He gave them work permits and created a shelter for the city's children inside the factory.

Chrystman managed every detail of life in the glass factory. He employed a large number of Poles and over 700 Jews. Strangely enough, he employed an unusual number of young Jews in the factory, little more than children, who were designated as "essential skilled workers", a device that Chrystman used to save as many lives as possible.

He founded a small-family inside the factory. He hired a young Jewish woman, Franka Berk, who was barely sixteen and whose only job was to supervise and take care for the needs of 8-9 children, aged 2-10. One of them was Israel Lau and, survived, he would later become Israel's chief rabbi, Rav Israel Lau.

Chrystman could have been denounced, but he went ahead anyway, risking his own life to save as many Jews as possible. He was an evangelical Christian, a Baptist and a Polish Volksdeutsche. He never joined the Nazi party.

He emigrated from Austria to Brazil in the late '40s, where he died in the '60s.

He received an award from the Anne Frank Memorial in Boise, Idaho.