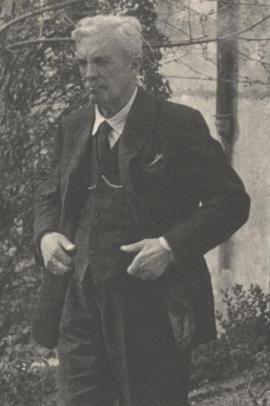 Mario Borsa was an italian journalist, who collaborated with several news organizations and directed prestigious national newspapers. During the Fascism, he has been persecuted for his liberal ideas. However, he always refused to submit to the political and economic power, both during the Fascism and in the new Republican Italy.

After the Liberation, he has been the first director of the Corriere della Sera newspaper (nominated by the National Liberation Committee on the 25th of April) - where he worked until August 1946, when he quite his job due to some disagreements with the owners of the newspaper, the Crespi family. In the next years, Borsa alternated the journalistic activity with the literary one, until his sudden death in 1952.

Reported by the Mayor of Somaglia. Proposal submitted for Monte Stella in 2014.

Mario Borsa is honoured in the Garden of Castelbuono.