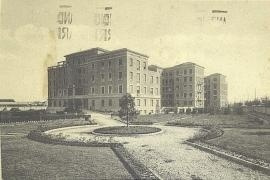 Sister Donata Castrezzati was the Mother Superior of the Poor People Nuns, who were taking care of elder people in the Luigi Palazzolo Institute in Milan. During the Nazi occupation, with the help of Sister Semplicia Vimercati and Sister Clara Flippini, she hid in the institute several Jews and victims of political persecution, saving them from deportation. In 1944, the three nuns have been arrested and jailed in the prison of San Vittore, as they were suspected to collaborate with the Resistance movement. Here, they met Sister Enrichetta Alfieri, "the angel of San Vittore", who took care of them while in detention. Liberated under the pressure of Cardinal Schuster, they have been interned in Grumello al Monte until the Liberation.

Reported by Antonio Barbalinardo. Proposal submitted for Monte Stella in 2015.