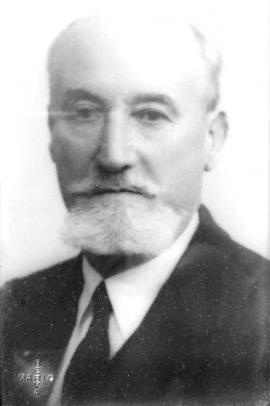 Eugenio Damiani was born in Villanuova sul Clisi, in the province of Brescia. He was a building contractor with a degree in engineering from the Milan Polytechnic. Together with his family, he transformed his home in Milan “Casa Damiani” into a fundamental meeting point for opponents of the fascist regime. He married the Genoese Ada Grossi, a friend of Anna Kuliscioff, a Russian emigrant who became the protagonist of Milanese and Italian socialism, companion of Filippo Turati.

Among the sons of the engineer, Mario Damiani played a major role during the years of the resistance. The young man joined socialist, republican and liberal groups, which were active clandestinely in the Lombard capital. He and his brothers, Piero and Alberto, were accused of having organized a plan to get the anti- fascist promoter of European Federalism Ernesto Rossi to escape from Piacenza prison.

In march 1944, Eugenio Damiani and his son Mario ware captured by the republican police in Piazza Castello in Milan. Mario was interned in the Fossoli concentration camp, and the deported to Mauthausen-Gusen, where he died. Eugenio Daminiani, Gold Medal for the Memory, died in the concentration camp of Bolzano. He was the oldest prisoner in the camp and he was subjected to cruel torture.