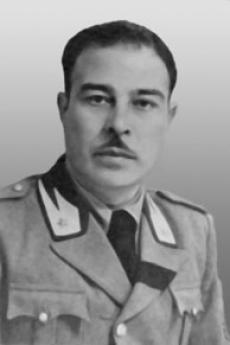 He was born in San Nicola la Strada (CE) in 1905. After doing his military service, he enlisted in the Tax Police and was assigned to the Brigade of Casamoro Porto Ceresio, in Lombardy, very close to Switzerland.

In the days following 8 September 1943, while remaining a military, he became the reference point for many Jews. At night, the lance corporal ferried entire Jewish families fleeing deportation when not shooting. On 17 February 1944 Amato was found by the Nazis with documents and valuable goods he was going to deliver to an already expatriated Jewish family. Immediately deported to a labour camp in Gusen (very close to the harrowing concentration camp of Mauthausen), without even being able to calling his wife and his two children, he died of exhaustion on 27 February 1945 in the camp.

He was awarded the Golden Medal to the Civic Merit in June 2008 by the President of the Italian Republic.