the general of Mussolini who saved the Jews 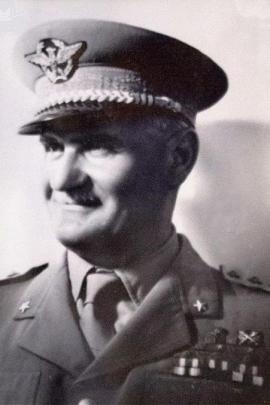 On November 8, 1942, Anglo-American troops landed in Morocco and Hitler immediately replied with the decision by also occupying those parts of France that had been left in the hands of the Vichy regime. The Axis troops therefore arrived in the central-southern cities of France, which remained “free” following the Franco-Italo-German agreements of 1940. Starting form 12 November in 1942, the Italian soldiers of the “Pusteria” Alpine division commanded by gen. Mauricio Lazzaro De Castiglioni (Milan,1888 - Rome, 1962 ) arrived in Grenoble and took control of much of the territory of the Isère department, where they stayed ulti 8 September 1943. Those ten months of Italian rule in Grenoble saw a singular exchange of roles between the French administration of Vichy, which instead of protecting Jewish compatriots tries to capture them and hand them over to the Germans, and the Italian occupier. The gen. Castiglioni took advantage of his position of strength to impose on the local representatives of Vichy the suspension of the raids against French and foreign Jews.

Two significant letters are exhibited at the Museum of resistance and Deportation in Grenoble. The first was sent by Castiglioni (upon his arrival in Grenoble) to French prefect of Isère, Raoul Didkowski, who had already begun the series of roundups of Jews to be delivered to the Nazis (people then sent to the Paris region and from there to the extermination camps). Castiglioni uses his position to order the prefect Didkowski to cease his "hunt for Jews" and to “see to lifting of the arrests already made”. Castiglioni specifies that the Vichy police can obviously arrest Jews accused of common crimes, but he adds two lines in pen to clarify “without, however, that they are deported outside the Italian control zone”. The second letter on display at the Museum was sent by a jew, who took refuge in the Italian control zone, to a friend to urge him to come to Grenoble, where the atmosphere is, according to him, much more breathable for Jews. In fact, the ten months of the Italian occupation coincided with a strong influx of French and foreign Jews towards Isère and especially towards its capital.

Obviously everything changed on 8 September 1943, when the Germans attacked Pusteria in Grenoble, taking control of it after gun battles which cost the lives of at least four Alpine troops in this division. Some of the Italian soldiers were captured by the Nazis, but many of them managed to escape in order to return home through the Alps. During this itinerary, some entered the French Resistance. A paradox occurred after the war. Prefect Didkowski took advantage of Castiglioni’s behavior to present himself (despite his close collaboration with the Nazis) as a friend of the Resistance and protector of the Jews.

Translated from the text by Alberto Toscano, journalist and essayist