a symbol of Iranian dissent 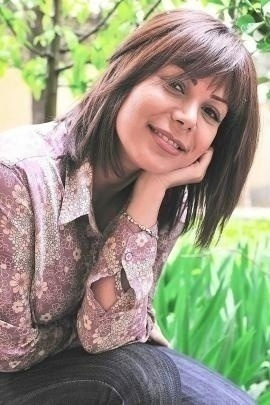 Iranian philosophy student Neda Agha Soltan died on 20 June 2009 aged just 26, shot by a sniper. She was protesting in the streets of Teheran against Ahmadinejad.
The video clip of her death, which shows her final moments in the arms of those trying to save her, sped round the world on the Internet, thereby boosting the upsurge of outrage at the Iranian militia’s violence against the demonstrators.
On the day of her funeral, the Iranian government denied her family permission to hold the ceremony. Despite the ban, however, thousands of people gathered in her honour in the centre of Teheran, challenging both the police and the Pasdran. Neda’s blood-stained face has become the symbol of dissent against the regime, independence, critical doubt and that moral law that lies only within us.
Her friends describe her as an ordinary girl, full of dreams. She took music lessons, studied the violin and was waiting for a piano to be delivered to her home. She worked in her family’s travel agency and loved travelling herself. She was studying Turkish because she hoped to be able to become a tourist guide for Iranians visiting Turkey. She loved that country and had been there two months before her death. It was on that trip that she had met her boyfriend, a photo reporter from Teheran. Neda was the second of three children. Her mother is a housewife and her father a civil servant.
The video of her death appeared instantly on the Web, where it has become an icon. Websites, blogs and social networks have sprung up in her memory and various groups have been dedicated to her on Facebook: “The girl who fought for freedom” and “Neda, the angel of Iran” numbering millions of members. Again on Internet a site entitled “Neda’s voice” invites viewers to leave messages of solidarity in her memory.
President Barack Obama, awarded the Nobel Peace prize, declared that he would like to share the prize with Neda, “the young woman quietly marching in the streets for her right to be heard, even when threatened by beatings and bullets.”