a Korean journalist who escaped from a North Korean gulag 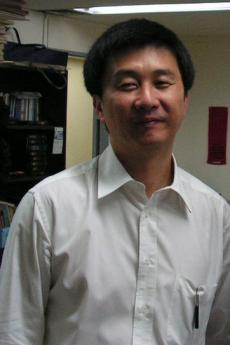 Kang Chol-hawan was born in 1968 into a wealthy family. His grandparents had emigrated to Japan, in the Thirties, settling in Kyoto where they had established a successful business. Later, his grandfather had directed the economic department of the Federation of Koreans resident in Japan (favourable to Northern Korea), while his grandmother was a militant member of the Association of Democratic Women, linked to the North Korean communist party. Despite enjoying a privileged social and economic position, their children had a strict and austere upbringing that reflected their mother’s conviction that luxury should not diminish their sense of justice.
In the Sixties, North Korea, under the leadership of Kim Il-sung, launched a campaign to persuade Korean émigrés in Japan to return to their native country: passing himself off as the only political player concerned with the re-unification and defence of their national identity, he explained to the educated that the country needed their skills, that in Korea they would be at the service of their people, would be entitled to a nice house and a managerial position and that they would be guaranteed everything they needed. Kang Chol-hwan’s family thus decided to move back into an elegant district of Pyongyang, the capital of North Korea. At school, children were taught that the Great Leader was safeguarding the power and independence of their country against Seoul’s imperialist ambitions", and Chol-hwan’s grandparents supported the Kim Il-sung regime.
However, in July 1977 his grandfather disappeared without trace and without any explanation on the part of the authorities. Shortly afterwards, every member of the family, except the mother, was arrested and interned in the Yodok labour camp. Kang Chol-hwan was then just nine years old.
This was the beginning of ten year’s forced labour, systematic humiliation, malnutrition and disease. Hunger was such that the boy began to breed rats to ensure food for himself and his family. Torture was inflicted for futile reasons, prisoners were forced to attend the executions of friends and family members, spies were picked from among the inmates themselves to crush any form of solidarity, labour shifts were unendurable, everyone had to submit to twice-weekly criticism and self-criticism sessions. In 1987 the family was suddenly released and transferred to a village in the same district as the Yodok camp, where they lived in poverty and in a state of partial freedom.
In 1992 Kang Chol-hwan was placed under special surveillance because charged with possessing a radio with which he listened to programmes broadcast by South Korea. To avoid renewed detention in Yodok, his only hope was escape. With his friend An-hyuk he managed to corrupt a smuggler on the Chinese border and from there he reached Dalian where, thanks to the help of a woman whose identity Chol-hwan has never revealed, he embarked on a cargo ship bound for Seoul.
On his arrival in Seoul he was subjected to intense interrogation to check the authenticity of his story and make sure he was not a spy sent by North Korea. Later, surveillance was relaxed and relations with the security agents became almost friendly. Chol-hwan thus began finding his feet in a completely unfamiliar world, which initially seemed chaotic and disturbing. After about six months his life began to take on a more normal pattern: he rented an apartment and was assigned a local policeman to contact in case of need. And it was thanks to this man that Kang was introduced to a businessman and native of North Korea who had read his story in the newspapers and offered to sponsor his studies at the University of Hanyang.
Shortly after his arrival in Seoul, Kang met Pierre Rigoulot, the man in charge of meeting refugees on behalf of the international society for human rights. Rigoulot suggested bringing Kang’s story to the attention of Europe by means of a book. In the year 2000 Les acquariums de Pyongyang came out in France: it was the first eye-witness account of the North Korean gulag by a survivor of that inferno to be published in Europe. The following year the book was translated into Italian by Mondadori with the title L’ultimo gulag and in 2005 it was published in English as The aquariums of Pyongyang. It gave rise to much debate, thanks also to Kang’s invitation to the White House to meet President Bush.
Today, Kang Chol-hwan works as a journalist in Seoul, where he writes for "Chosun Ilbo"; he has founded the “Democratic network against the North Korean gulag” and is committed to heightening public awareness of the gravity of the human rights violations in North Korea. In December 1998 he was invited to France to attend the Asian Democratic Forum and he has also addressed the United States Congress, recounting his experience of the Yodok labour camp.

The Aquariums of Pyongyang