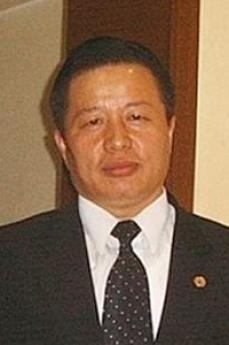 Gao Zhisheng was born in 1966 in the Chinese province of Xinjiang. His family was poor and initially he worked as a miner. In 1995 he became a lawyer and decided to give legal aid to people who could not afford standard legal fees, eventually devoting a third of his business to such causes. He collected numerous witness statements about the torture suffered by Christians and members of the Falun Gong spiritual movement. Touched by their stories, he converted to Christianity. The first case that got him into trouble with the regime concerned a businessman persecuted by the local public administration. Gao won the case, but success attracted the anger of the local notables and he was forced to leave Xinjiang province. He moved to Beijing, where he became one of China’s ten top lawyers. In 2005 he sent an open letter to the Chinese president and to the prime minister denouncing irregularities in the trial of a Falun Gong member. In this letter he asked for “China to be re-built on the basis of democracy, law and respect for the constitution”. The police closed his legal office, threatened to remove his professional licence and started to put his life and that of his family under surveillance. Since then, Gao Zhisheng has been imprisoned and sentenced to “re-education” on several occasions. According to Amnesty International he has undergone the same tortures that the Chinese dictatorship reserves for the members of the religious groups that he defends. In the afternoon of 18 January 2008 a car driven by a masked man tried to run him over in a Beijing street. Gao miraculously escaped down an alleyway. He then went on a hunger strike “for the reinstatement of human rights in China”, and was joined by numerous other dissidents. At the beginning of this year, the police removed him from his home and he hasn’t been seen since. His family members were forced to flee the country, first to Thailand and then to the USA, where they were granted political asylum and asked Congress to put pressure on Beijing, at least to know where Gao is detained. The other hunger strikers, Hu Jia, Qi Zhiyong, Ma Wendu, Ma Ouyang and Wen Haibo have also been removed from their homes and taken to secret locations.