a journalist persecuted for his defence of freedom of information 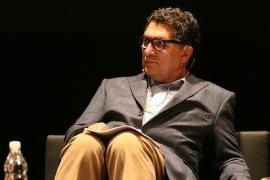 Massoud Benhoud was born on 27 July 1947 in Teheran. He began working as a journalist in 1964. During his long career he has contributed to numerous newspapers, some twenty of which he founded himself in an attempt to keep working despite the bans imposed by the regime. Between 1971 and 1979 he was editor-in-chief of “Ayandegan”, Iran’s most famous and influential daily. In the year of the Revolution the paper was closed by order of Ayatollah Khomeini and its entire staff arrested. Benhoud then started up “Tehran-e Mosavvar”, a newspaper forced to shut down after only thirty issues, due to the new Iranian regime’s clampdown on the free press. From 1981 to 1985 he kept a low profile in Teheran, without a job. In 1985 he founded “Adineh”, which was soon to become Iran’s most popular literary magazine. For 13 years Benhoud signed articles in support of freedom of the press and of expression, he struggled against censorship and in favour of the free circulation of information. In 1995 he miraculously survived an assassination attempt plotted by the Iranian secret police while he was visiting Armenia at the initiative of the Armenian writers’ union. “Adineh” too was shut down and its director arrested in 1996. Benhoud continued writing, despite the censorship, and his articles aroused great interest in the public. In 1999 numerous dissident writers were killed by the Iranian police in what was defined as the “chain of Teheran murders” and Benhoud discovered that his name figured on the list of authors that the police were planning to assassinate. He also risked a sentence for “insulting the Supreme Leader”, one of the most serious charges in Iranian law. He therefore decided to go into voluntary exile and has continued his work as a journalist writing for “Rooz online”, a newspaper published in France in both Persian and English.