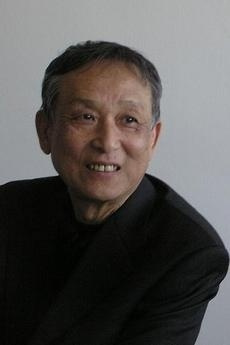 Gao Xingjian was born on 4 January 1940 in Ganzhou. His father worked in a bank and his mother was an actress who encouraged him to express himself through art and writing. In 1962 he graduated in French from the Beijing Foreign Language Institute. 1966 marked the beginning of the Cultural Revolution and Gao took his first political step by joining a group hostile to the Red Guards. At the same time, he practised self-censorship (by burning some of his writings) in order to escape repression. His oppressors, however, were already at the door and he was hauled off for five years’ “re-education”. This initial experience taught him that in politics there is always an unseeing mass ready to oppress the individual, that there was a “real” China, not polluted by politics, and that it is best to live without “isms”. His distinguishing features as a free spirit, unwilling to accept any limitations to his thinking, were already emerging, and it was clear that this attitude was sure to lead him into some awkward and non-conformist situations. Many years later he was to say in an interview: “the artist’s life challenges conventions”.
It was not until his 38th year, however, that Gao became an opponent of the communist regime. At that age, the writer – who was also a painter and theatre director – published his work for the first time. Between 1980 and 1987 most of his successful narrative and theatrical works came out, including "The Other Shore”, which was censored and banned by the authorities. The Tiananmen square massacre and the publication of “Fugitives” (which recounts the events of those days and also angered the dissidents, who objected to the problematic nature with which the student protest movement is described), forced Gao, despite himself, to go into voluntary exile at the end of 1987.
The writer settled in Paris, where he began his “second life”, forced to tackle the tough laws of the market instead of those of the Communist Party. He came to the conclusion that artists live on the edge, forever challenging conventions. He turned his back on material civilization and opted to live in a hermitage consecrated to creation; he saw this as a story quite detached from his own ego, a "third eye" that enabled him to see reality more clearly and with heightened awareness. He likes to be a witness because that – as he says in an interview – “is what is required for you to save yourself and others, to see how an individual places himself vis-à-vis society, how he can react and withstand difficulties, struggle. And in that moment, literature, art, we exist …… Literature has a great role: to re-awaken human consciousness, to show us how to read our inner selves, otherwise we are in the dark, in a nightmare. Literature does not have any material purpose, but it is thanks to literature that today I feel independent, strong, ready to withstand all forms of oppression, social and political pressure, to live conscientiously.”.
In 2000 Gao received the Nobel Prize for Literature.