an American journalist in Russia 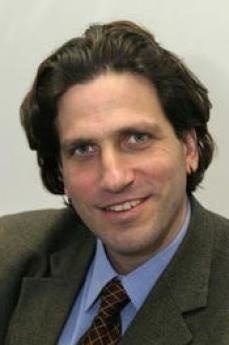 Paul Klebnikov was born on 3 June 1963 in New York, into a Russian family with a long military and political tradition. His great grandfather was an admiral of the White Russian fleet assassinated by the Bolsheviks and another ancestor had taken part in the Decembrist revolt of 1825. After graduating from the University of California, Berkeley in 1984, Klebnikov began a career in journalism. He was immediately recruited by “Forbes” magazine, where he made a name for himself investigating murky dealings and corruption in post-Soviet Russia. He also reported extensively on the culture of tax evasion in Italy, growing xenophobia in Europe, Afro-American conservatism and numerous other burning issues.
He became editor in chief specialized in Russian and east-European politics and economics, and then headed the Russian edition of “Forbes” launched in April 2004. On 9 July of the same year he was assassinated by unknown gunmen in a Moscow street.
According to “Forbes”, Klebnikov’s murder was directly linked to his professional commitments, which included the publication of various books on the “godfathers” in the Kremlin and which in all probability made him several enemies. In the context of a highly convoluted trial, the Russian authorities are also investigating in this direction. A secret source recently told Reuters that they thought Klebnikov had been killed because of certain discoveries he had made about the embezzlement of funds linked to the reconstruction of Chechenya.
Numerous initiatives have been inspired by Paul Klebnikov’s life and work. The best known is perhaps the "Klebnikov Fund", set up by friends and colleagues to promote a civil society in Russia by safeguarding the freedom of the press and fostering community values by preserving the country’s heritage of historic buildings.