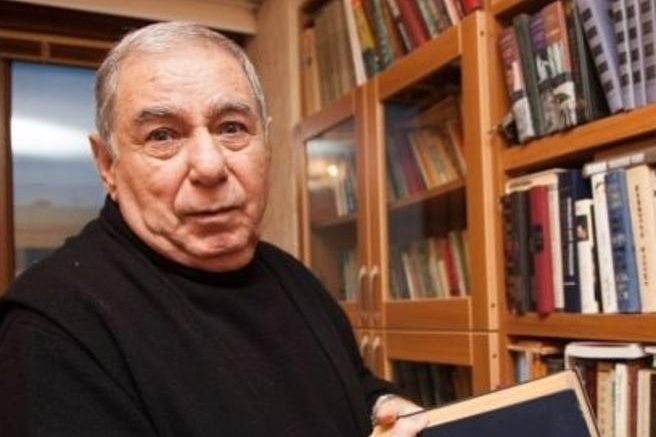 Once again, in some areas of the world, scholars and members of civil society prove they are moving in the area of democratic culture by challenging governments and regimes that, far from pursuing objectives of peaceful coexistence between peoples and ethnic groups, feed resentment, intolerance, violence and hatred in public opinion and, even worse, in new generations. This is what is happening in Azerbaijan. An Azerbaijani writer, Akram Aylisli, defied in solitude his government by publishing a book about Armenians. He found some copies set on fire under his house and a $12,700 bounty on his head, offered to whoever will cut off the elderly writer’s ears. He was stripped of his pension and the high state honour he had been awarded for cultural merit, that of People’s Writer. His wife and son were dismissed.

The relations between Azerbaijan and Armenia heavily marked by the war over the Nagorno Karabakh region in the 1990s involve today a strengthening of the ideology of hatred and the enemy, after 2020 war of aggression, the defeat of Nagorno Karabakh Armenians and the triumph of Azeris supported by Turkey.

Akram Aylisli’s thinking diverges from that of the fanatical majority. He speaks of dialogue and acknowledges that untold suffering has been inflicted on Armenians in the last few years. His short novel titled “Stone Dreams” deals with the Armenian genocide, violence suffered by the Armenian people in Nakhicevan in the early 20th century and reconstructs 1988 events of Sumgait, an authentic pogrom of Azeris against the Armenian minority, repeated in Baku and other cities in Azerbaijan. He also recounts the events of the war over Nagorno Karabakh, the Armenian-majority enclave in Azerbaijani territory and comments on the tragic episode of Khojalu, refusing to simply judge Armenians as aggressors and Azeris as victims.

Akram Aylisli published his novel in the United States and in Russian in the literary magazine Druzhba Narodov, “Friendship of Peoples”, and in Italy it was published in 2016 by Guerini e Associati. In an interview, the author makes it clear that, as an Azerbaijani, he felt a responsibility to explain his country’s role in the conflict: Do not think that we have forgotten the bad things we did to Armenians, we do accept them; and you Armenians did bad things too. It is the duty of Armenian scholars to write about their bad stories. But if Armenians continue to live in Karabakh, we will have to live side by side. This is a message to Armenians: do not be afraid, it is not the end of everything, we can live together.

This is the statement that triggered the heaviest reactions from the Azerbaijani government.

Ali Akhmedov, secretary of the ruling party, declared that Akram Aylisli dealt a mortal blow to the country and suspected him of hiding an Armenian origin. Others, ironically, compared him to Orhan Pamuk, who advertised himself for the Nobel Prize by declaring that Turks must acknowledge the Armenian genocide: “Aylisli also aspires to the Nobel Prize, this is why he distorts the history of his people”.

In 2016, Aylisli was stopped at Baku airport where he was supposed to board for Venice, expected at the literary festival “Crossroads of Civilisations”, and was arrested by Azerbaijani police officers on charges of assaulting a border guard (he was 78 years old at the time). Since then he has been living in Baku in a sort of forced domicile and is not allowed to leave the country. Prosecutors have not yet done anything to substantiate the charge (which technically means the case should be closed) but Aylisli’s travel and identity documents are still confiscated.

In 2018 the writer published the Farewell, Aylis trilogy in the US.

In 2020, journalist Gian Antonio Stella wrote in Corriere della Sera that Aylisli declared: “A travel ban has been ordered against me. I have no right to leave Baku. The public prosecutor’s office has taken my identity card and an individual is deprived of all civil rights without it: he or she cannot take part in elections, cannot participate in anything... By law the Prosecutor’s Office had one year to examine my case. But although it started in March 2016, my case has not been examined yet”. About restrictions due to the pandemic, he said: “I cannot remember a time when I was a free person, I never felt that way: neither at school, nor at university, nor at work. I only felt a minimum of freedom when I was at my desk. That freedom, no, they didn’t take it away from me. They cannot take it away from any writer”.

The reasons for repressive measures inflicted on the writer revolve around a single argument: nothing is more important than national sentiment. Believing in peaceful coexistence between Armenians and Azeris is a betrayal of that feeling of honour and attachment to the nation that every good Azerbaijani citizen must have and must never betray.

Armenians are the enemies of the Azerbaijani people, because they have launched an attack on national integrity and those who do justice to the Azerbaijani people by defending national sentiment by all means become heroes: A huge number of people hold nothing in their souls, or have something sinister inside, they hide behind so-called national visions and get away with sowing seeds of hatred between peoples and nations that lived together in peace not so long ago.

Akram Aylisli rejects every attack and accuses the Azerbaijani ruling class of exploiting the Armenian-Azerbaijani issue for advantage. There are people who have made a fortune out of the suffering of the two peoples, have built careers for themselves, have got rich, and have held government posts: I knew, says Aylisli, that these people would react angrily to my writing. They see that what I say is against them and they will never admit that they were wrong in fuelling this war that has caused enormous suffering to these peoples. They do not want this conflict to be resolved, they want to continue their lives in luxury, live in their villas and let ordinary people suffer.

In the country, before the last war, there was not only anger and intolerance towards those who speak of peace and coexistence. With his testimony of truth and his civil courage, Akram Aylisli was laying

the foundations of change. He has revived the opposition to the regime and rekindled internal debate among new generations.

Biography by Honorary Consul of the Republic of Armenia in Italy and Gariwo co-founder Pietro Kuciukian.