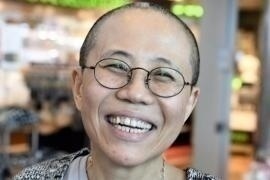 Poetess, painter and photographer, she met Liu Xiaobo in the eighties and they got married while he was detained in a re-education camp in the period 1996-1999. From that moment, Liu Xia began her commitment to human rights, constantly giving voice to the values ​​and ideas of Liu Xiaobo, Nobel Peace Prize 2010 (he could never collect the Prize, symbolically delivered to an empty chair) and soul of Charter 08, the manifesto for the rule of law in communist China.

In 2010, Liu Xia, a supporter of the battle for the human rights of her husband - imprisoned and reduced to silence -, was placed under house arrest to prevent her from spreading Liu Xiaobo's testimony. She was also forbidden to support herself economically, which led her into a severe state of poverty.

Liu Xia decided, despite the serious personal price she was paying, to make known, asking for an international mobilization, the climate of fear and lack of freedom in which she and Liu Xiaobo were forced to live only for having witnessed the truth. She could not communicate with her husband, who died on July 13, 2017 due to liver cancer, released from prison only a few weeks earlier when the cancer was in its terminal stage.

In 2018, after a series of appeals from intellectuals and activists in support of her, Liu Xia, severely debilitated by the loss of her husband and for being under arrest for eight years, could leave China and move to Germany to start a new life.

Liu Xia is honoured in the Garden of Milan - Monte Stella.