the Nazi who saved Chinese lives in Nanking 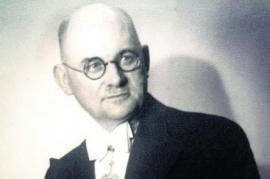 John Rabe was born in 1882 in Hamburg. He enjoyed a brilliant managerial career and spent several years in Africa. In 1908 he moved to China and in 1931 was appointed General Manager of Siemens in Nanking. On 22 November 1937, when the Japanese army began to advance on the city, Rabe and other remaining westerners set up an “International Committee for the Security Zone”, delimiting a 4-sq km safe area in which they provided shelter also for Chinese civilians. On 10 December 1937 Japanese troops set in motion the notorious Nanking massacre: rapes and mass executions continued relentlessly for over eight weeks. The tragic death toll reached 300,000 plus between 20,000 and 80,000 cases of rape. John Rabe was elected president of the International Committee, in the hope that his position as a German and a Nazi might influence the Japanese military command. Despite the order from Siemens to return home, their General Manager stayed in Nanking and opened his premises to 650 refugees: thanks to his intervention 200,000 people were housed in the safe area, which coincided with the foreign embassy district.
After leaving Nanking in 1938, Rabe tried to denounce the horrors perpetrated by the Japanese: he wrote a report addressed to Hitler himself, begging him to stop the atrocities, but for precisely this reason, he was arrested by the Gestapo, who destroyed his documentation of the massacres, including photographs.
With the arrival of the Anglo-Americans the former manager of Siemens was denounced as a member of the National Socialist Party and arrested: he was acquitted thanks to his humanitarian efforts during the Nanking massacre.
Robe spent his final years in poverty, helped by Chinese donations until 1949, the year of the Maoist revolution. He died in Berlin in 1950.